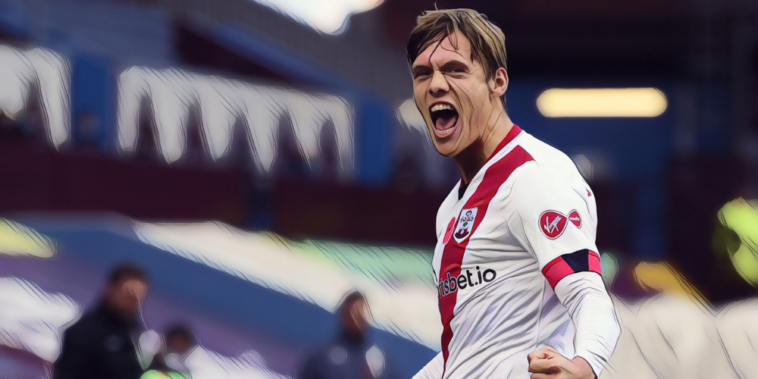 Tottenham will reportedly ‘step up’ their pursuit of Southampton centre-back Jannick Vestergaard as Jose Mourinho looks to solve the club’s defensive issues.

Spurs have struggled defensively this season with the club’s centre-back options having failed to convince, the north London side conceding twice to draw with Newcastle last weekend and lose ground in the race for the top four.

Mourinho was critical of his side’s performance at St James’ Park last weekend and bemoaned the instability caused by defensive mistakes, a fixture which saw the out-of-favour Eric Dier remain sidelined and Toby Alderweireld left out in confusing circumstances.

Mourinho’s reasoning for the player’s absence was that he had just ‘one day’ of training following international duty, though Alderweireld was pictured in sessions in the three days before the trip to the North East.

Dier and Alderweireld started the season as the club’s first-choice centre-back pairing, but doubts remain over the long-term futures of both players with Mourinho keen to sign reinforcements.

According to the Express, Vestergaard has now emerged as a leading target for the north Londoners, the Denmark international having enjoyed a strong season with Southampton after returning to favour during the current campaign.

The 28-year-old will likely cost in the region of £18m and has emerged as an alternative to long-term target Milan Skriniar, with the Inter Milan centre-back having played a key role for Antonio Conte’s league leaders this season.

Spurs’ transfer plans may yet hinge on whether the club secure European football for next season, Mourinho’s side currently sixth in the Premier League ahead of this weekend’s crucial clash with Manchester United at the Tottenham Hotspur Stadium.