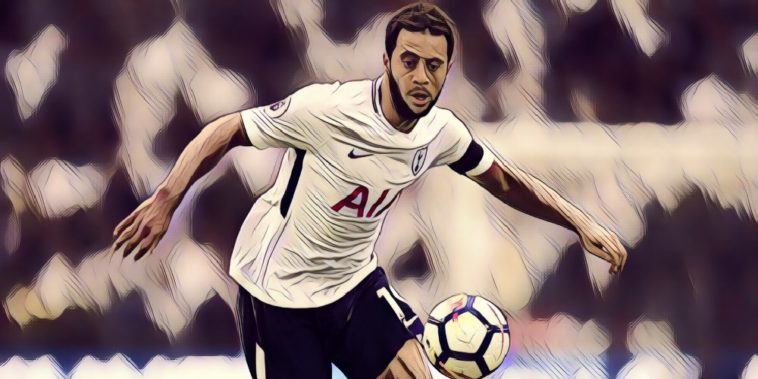 Worrying news for Tottenham fans this morning after midfielder Mousa Dembele revealed that he could leave the club, and that any talk of a new contract has been put on hold.

The Belgian has been one of Tottenham’s most important and yet underrated players this season, with his dynamism and drive in midfield helping to both protect the defence, as well as support the attacking players within the Spurs’ side.

However, he has now revealed to reporters that while he is ‘very happy’ at Tottenham, it could be his final season at the club.

Dembele, who will be part of Belgium’s World Cup squad in Russia, told Belgian paper La Derniere Heure: “We have not really talked about an extension of my contract.

“At the beginning of the season, I said ‘I had physical problems, I want to see at the end of the season how I feel’. That’s what the club and I decided by mutual agreement.

“If we talk about a new contract in the middle of the season, it will cost energy. Imagine that a player feels not appreciated after a disappointing proposal, it can disrupt his game.

“At this moment, I am very happy at Tottenham. I do not lie when I say that I do not think about a big transfer. I want to play a World Cup and afterwards we will see.

“Really, I’m not aware of the interest of other clubs. And, besides, I told my agent to wait for the summer to tell me about any offers. For now, I’m only focussing on Tottenham. Maybe this is my last season. Or maybe I’ll sign a new deal. We’ll see.”

Dembele has just over one year remaining on his current deal at Spurs, and his performances for Totteham, in particularly away against Juventus in the Champions League, have alerted a number of top clubs to his situation.