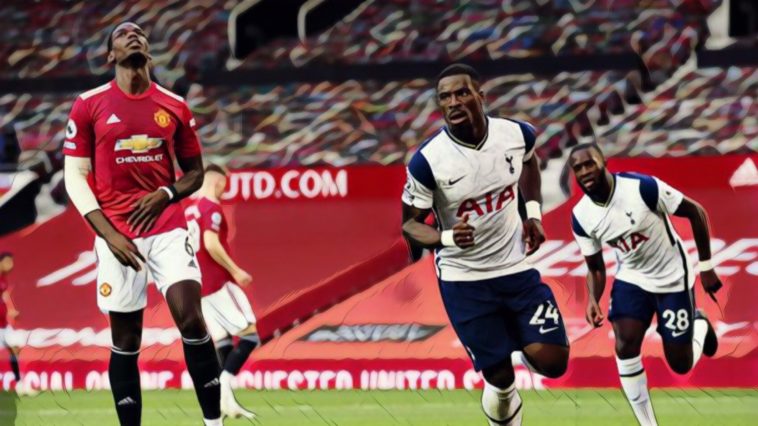 Here’s everything you need to know about that mouthwatering clash at the Tottenham Hotspur Stadium:

It’s not exactly been the best few weeks for Jose Mourinho and his Tottenham side, following a North London derby defeat, a shock exit from the Europa League to Dinamo Zagreb and, most recently, a 2-2 draw with a struggling Newcastle United side.

That intriguing affair at St James’ Park saw the hosts take a deserved lead through goal-shy forward Joelinton, before the irrepressible Harry Kane netted a brilliant quick-fire double to give his side the lead at the break.

Unfortunately for the visitors, they were unable to hang on against a spirited Magpies side, as on-loan Arsenal man Joe Willock struck from close range late on to snatch a vital point in their relegation hopes.

Not only has that result soured the mood even further at the club, but it is also proved to be another set back their hopes for a top four finish, Mourinho’s men now three points behind West Ham in fourth, while they no longer have the safety net of qualifying through the Europa League.

Although they do still have a Carabao Cup final clash with Manchester City to come at the end of the month, a Wembley success would do little to cloud what’s been a disappointing season thus far, after having begun the campaign so strongly.

As for team news for the visit of Mourinho’s former side, it remains to be seen whether full-back duo Matt Doherty and Ben Davies will be fit after missing the clash with Steve Bruce’s side, although Heung-Min Son should be fit to start after making his return as a half-time substitute at the weekend.

The Red Devils went into the international break off the back of a disappointing exit from the FA Cup at the hands of Leicester City, yet bounced back with a hard-fought win over Brighton on Sunday evening.

The Seagulls took the lead early on through former Manchester United man Danny Welbeck, before second-half goals from academy graduates Marcus Rashford and Mason Greenwood secured all three points for Ole Gunnar Solskjaer’s side to strengthen their position in the top four.

While an important result to solidify their position above the chasing pack, the game also marked a potentially pivotal moment in the future of the club’s number one spot, with former Sheffield United loanee Dean Henderson handed a start despite the return of the long-serving David De Gea.

Although Solskjaer has insisted that both men will get game time between now and the end of the season, it would appear unlikely that both stoppers will still be at the club next term, amid speculation that Spain international and Premier League winner De Gea may be heading for the exit door.

The Norwegian also has the unresolved issue of Edinson Cavani, who is nearing the end of his current deal, while Anthony Martial’s underwhelming form this season has led to rumours of a potential new striking addition.

The Frenchman looks set to miss the clash with Spurs, and potentially the rest of the season, although fellow forward Marcus Rashford should be available after starting in United’s 2-0 win over Granada in the Europa League on Thursday night, the England international netting early on, before a late Bruno Fernandes penalty left the Red Devils with one foot in the semi-final’s.

Both sides perhaps don’t need reminding of what the scoreline was when they last met, as Spurs produced a devastating attacking display to condemn United to a second defeat in their opening three games of the season, both losses having come at Old Trafford.

It was actually United who took the lead inside two minutes, Bruno Fernandes typically converting from the penalty spot after Anthony Martial had been tripped after just 30 seconds.

That breathless start to the match continued as Tanguy Ndombele hit back just a few minutes later, before Heung-Min Son gave Spurs the lead with just seven minutes on the clock. With the hosts  already on the ropes, a foolish red card for Martial midway through the first-half worsened their predicament, as a rampant Tottenham attack took full advantage.

Goals from Harry Kane and a second for Son made it 4-1 at the break, before an excellent Serge Aurier strike and a late Kane penalty compounded the host’s misery and condemned them to their joint-worst ever home defeat in the Premier League.