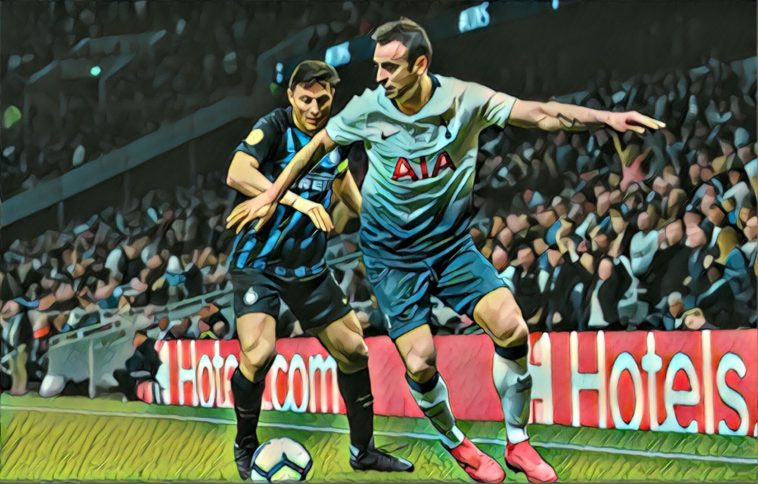 The long-winded saga that is Spurs new 62,062 seater stadium is almost at an end.

The impressive ground opened up last week for its first ever fixture, an U18s game between the club and Southampton, and they staged their second test event in anticipation on Saturday of its full opening.

That event featured a number of legendary figures from Tottenham’s past, including Robbie Keane, Dimitar Berbatov and Jurgen Klinsmann, as they faced off against an Inter collection of former stars such as Javier Zanetti, Francesco Toldo and Juan Sebastian Veron.

As the retired footballers turned back the clock this weekend, an entertaining nine-goal thriller ensued, of which the Italian side came out on the right side with a 5-4 win.

These sort of special events and charity games are always far off the pace of competitive fixtures, but they allow us to drown ourselves in sentimentality and wistfulness for an afternoon, catch another glimpse of our heroes and remind us why we fell in love with them in the first place.

Unsurprisingly Keano ran the show for Spurs while he was on the pitch, the Irishman keen as ever to perform to his very best, even when the stakes are non-existent. The man simply cannot play without giving his all.

But it was Teemu Tainio who opened the scoring for Spurs.

Remember him? David Suazo got the equaliser for Inter with a tap-in soon after.

Keane didn’t take long to get on the scoresheet though.

The captain for the day scored a delight a dink over the onrushing goalkeeper following a lovely pass over the top from Rafael van der Vaart. And yes, he did the cartwheel celebration.

The forward had to go off, and he was replaced by none other than his favourite striking partner, Dimitar Berbatov.

There was an emotional return for Gazza.

The Spurs fans sang “there’s only one Paul Gascoigne” when he came on for a brief cameo.

Juan Sebastian Veron got in on the act too, scoring Inter’s third just before half-time.

Van der Vaart was only delighted to return to his former club.

“It’s amazing. So nice to see everyone and it’s always good to come home.”

Javier Zanetti was leading the troops, just like the good old days.

The Argentine went toe-to-toe with another legendary full-back.

Hey, Stephen Carr was pretty good back in the day. he even got an assist yesterday.

David Ginola playing days may be long behind him, but he is still suave as ever.

Darren Anderton showed off a great head of hair.

While former Fulham fan favourite Karagounis returned to England for the day.

We discovered Jurgen Klinsmann is as beloved as ever.

The German World Cup winner turned out for both clubs during his storied career.

And Mikael Silvestre even played a part.

The former Manchester United and Arsenal full-back played at the San Siro for one season in the late nineties.

All in all, it was a pretty great occasion.