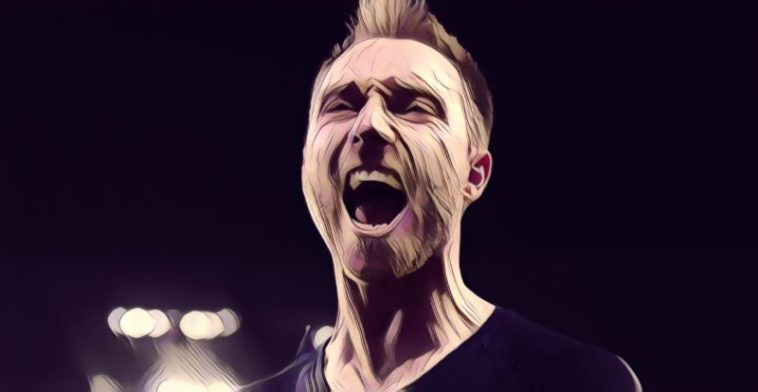 Christian Eriksen admits he is ‘one of the luckiest guys on the planet’ after Tottenham held on to reach the Champions League semi-finals after a chaotic 4-3 defeat in a classic encounter with Manchester City.

Spurs reached the last four on the away goals ruling after a crazy game at the Etihad, with five goals scored in the opening 21 minutes of a frantic encounter.

Tottenham took a 1-0 lead into the second leg only for Raheem Sterling to level the aggregate score after just four minutes, before Son Heung-Min’s brace seemingly put Spurs in control.

Sergio Aguero fired home just before the hour to put City ahead in the tie, before substitute Fernando Llorente’s goal – given after consultation from VAR – sent Tottenham through.

A late VAR call ruled out a stoppage-time winner from Raheem Sterling, scored after Eriksen had lost possession in a dangerous area, and the Danish playmaker admits it was a relief to see the goal disallowed.

“I must be one of the luckiest guys on the planet tonight,” Eriksen told BT Sport.

”I thought it was all over but It was a fun game. It was a rollercoaster, we gave them a lot but also got a lot it was a weird game.

“After today we take a deep breathe, it will be a fairytale to play them and fun to be back in the Arena again.”