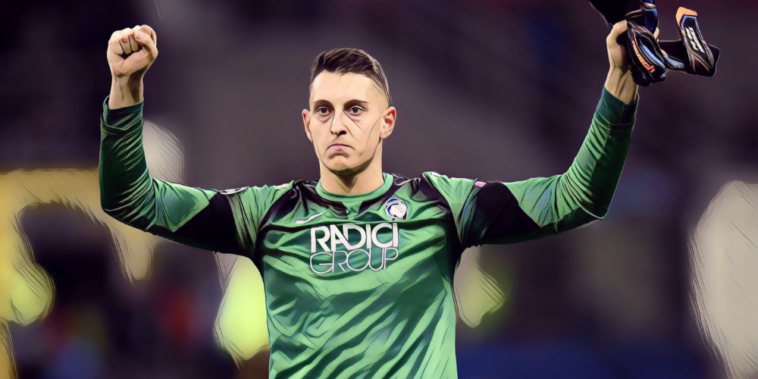 Tottenham are closing in on the signing of Atalanta goalkeeper Pierluigi Gollini as the club look to ‘challenge’ current number one, Hugo Lloris.

The north London side are set to sign the highly-rated 26-year-old on an initial loan deal with an option to make the move permanent for a fee of €15m (£13m), as the club begin their rebuild under new manager Nuno Espirito Santo and newly-appointed sporting director Fabio Paratici.

Gollini is considered one of the best goalkeepers in Italy’s top-flight having impressed since signing for Atalanta, with the shot-stopper having previous experience of England having spent time in the Manchester United academy, in addition to a short spell at Aston Villa during the 2016/17 season.

The deal will be an initial loan and terms are currently being finalised, amid the potential inclusion of an obligation to buy should certain criteria be met.

According to the Guardian, Spurs’ sporting director Paratici views the move as the ‘perfect’ deal for both the present and future and hopes are high that Gollini can provide stern competition for the experienced Lloris.

Lloris has seen his performances questioned on occasion in recent seasons and has entered the final year of his deal at the Tottenham Hotspur Stadium, the 34-year-old linked earlier this summer with a return to France.

The move for Gollini is the first of what is expected to be a productive summer in the transfer window for Spurs following a disappointing Premier League campaign last term, the signing of at least one new centre-back remaining a priority.

Talks have been continuing over a deal for Bologna’s Takehiro Tomiyasu, who can play either at full-back or centrally, whilst centre-back Cristian Romero has been linked with following Gollini from Atalanta to the capital.

Southampton’s Danny Ings – who has turned down a new deal with the Saints and is out of contract in 2022 – is also reportedly a target for Spurs as the club seek forward additions to compliment Harry Kane.