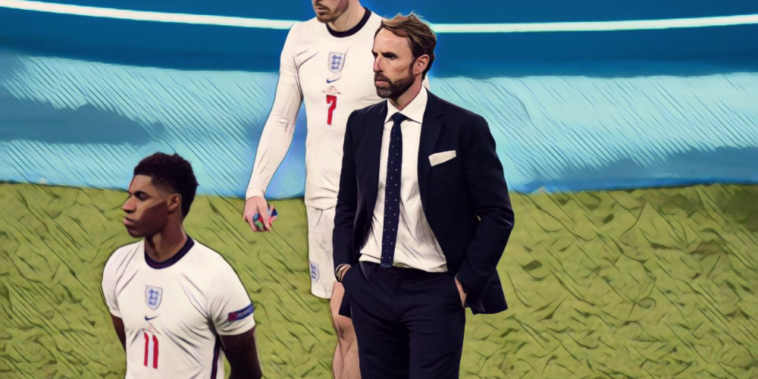 Gareth Southgate has warned England against complacency in World Cup qualification following their run to the final of Euro 2020 during the summer.

The Three Lions return to action for the first time since reaching a first major final in 55 years during this summer’s tournament, resuming their qualification campaign for Qatar 2022 against Hungary this evening in Budapest.

England have started their qualification campaign with three wins from three ahead of the trip to face the second-placed Hungarians, with Southgate’s squad in optimistic mood following their performances this summer.

However, the England boss has warned his players they must ‘get back to base camp’ as they bid to secure their place at the World Cup next year, insisting this is the start of a new journey for his players.

“We’ve got to get back to base camp, we’ve got to qualify again. We’re not going into a semi-final or a final.

“We’ve got to play qualifying football away from home. We’ve got to give ourselves the opportunity to go to Qatar. We’ve got to have the humility to embrace that reset button and make sure that mentally we’re not just swanning around like a team that got to a final and we’ve got some sort of entitlement.

“It’s back to the hard work and humility that got us to the final in the first place.”