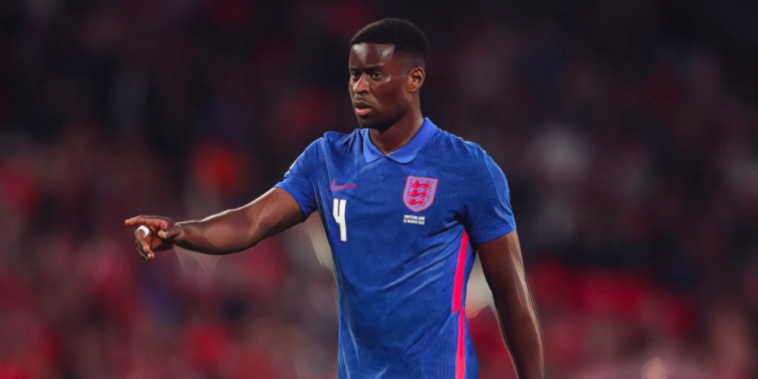 Gareth Southgate says he was pleased with the ‘positive’ performances of England’s debutants this week after handing first appearances to a number of new faces.

Conor Gallagher – making just his second appearance for the Three Lions – also impressed to be named as Man of the Match at Wembley and Southgate says he has been delighted with the first performances of his new additions.

Speaking ahead of the friendly with Ivory Coast tomorrow evening, the Three Lions’ boss says it is important to see how players cope amid the expectations of wearing an England shirt.

“Whenever we bring players into the squad, it is great to see how they cope. Sometimes, it isn’t about the opposition quality, although [against Switzerland] that was high,” he told his pre-match press conference.

“Sometimes, it is about the weight of an England shirt and whether they can cope. I thought all of the players who came in did really well. That was positive.”

England came under pressure during the opening half against Switzerland before coming from behind to win, and Southgate believes his side’s tactical approach and changes are all part of the learning process for his side.

“Tactically, there were things we saw again, but we knew. We played a system, trying to manage the two games and getting some game time in positions where they feel comfortable.

“That meant at the beginning of the game we could have a tactical problem. When we changed, that was a better situation for us. But the players had to solve problems during the game; that was an aspect we could learn from.”