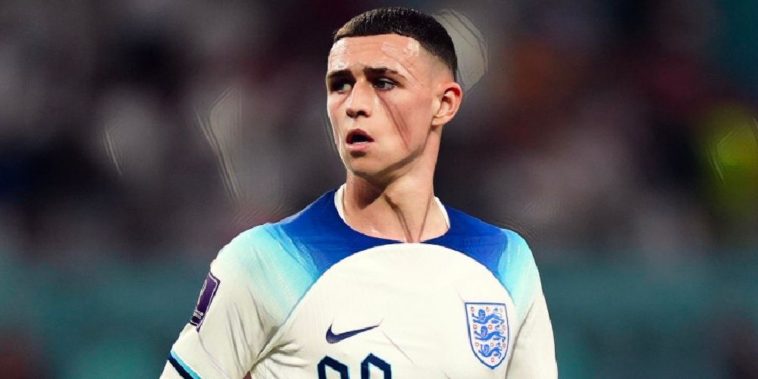 Gareth Southgate has lavished praise on Phil Foden and has said he will play ‘a big part’ in England’s World Cup campaign.

Foden came on for the final 19 minutes as England beat Iran 6-2 in their opening game, but wasn’t called upon during the 0-0 draw with USA, despite the Three Lions looking sluggish and struggling to create against the Americans.

Following that game, England boss Gareth Southgate came in for criticism for his pragmatic style and failing to utilise a player who is so often an important creator for Pep Guardiola’s Manchester City.

Speaking ahead of England’s final group game against Wales, however, Southgate insisted that the 22-year-old is an integral part of his plans.

“We love Phil, he is a super player,” he told ITV. “He was into the first game, we decided not to put him into the second. But he is going to play an important part in this tournament for us, there is no question about that.

“We haven’t got any issue with Phil. In September he started both games for us and we put him into the game versus Iran.

“We decided to stick with that team and we felt the changes required something a little different for the USA. But we are intending to be here as long as we can. And he is a super player and we think the world of him. And he is going to play a big part.

“He works hard for the team and, of course, he has fabulous technical ability.”