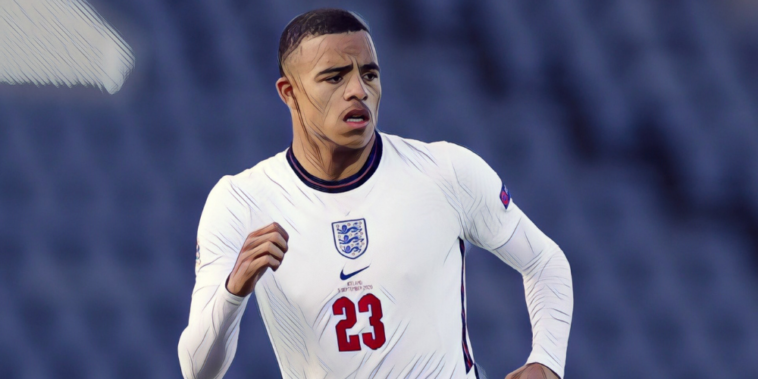 Gareth Southgate insists Manchester United forward Mason Greenwood is in his ‘thoughts’ despite the forward’s omission from the England squad for September’s World Cup qualifiers.

Greenwood had been linked with a recall to the Three Lions’ squad for fixtures against Hungary, Andorra and Poland next month after starting the new Premier League season in impressive form, scoring in clashes against both Leeds and Southampton.

The 19-year-old has not been included in the England squad since being sent home for breaching coronavirus protocols following a maiden call-up in September 2020, but Southgate insists Greenwood remains very much part of his future plans.

“He is in our thoughts,” Southgate told a press conference after announcing his 25-man squad.

“I’ve spoken with him and with his club. He is a player we really like.

“We think he has got every possibility to be a top England player. We are all very conscious that we make that progress at the right time. He is just breaking into the team at Manchester United with a lot of responsibility.

“That is a big thing for a young player to deal with and we want to get that progression with our seniors as well as we possibly can so that we get the best possible player at the end.

“We are all aligned on that, the club, his family and us. We feel at the moment [it is] the best thing for him, after these first few games with his club, but he is very much a player we like.

“It is clear on his performances at the moment that he would warrant being in the squad, absolutely.”