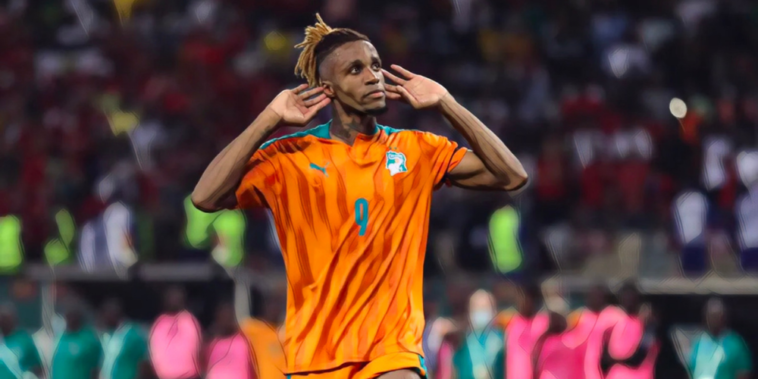 Gareth Southgate has discussed Wilfried Zaha’s decision to choose Ivory Coast over England at international level, as the Three Lions prepare to face the winger on Tuesday.

England will come up against Zaha when the Ivory Coast visit Wembley for a friendly tomorrow evening, with the Crystal Palace star having represented England at various levels before switching his allegiance to the nation of his birth.

Zaha was twice capped for the senior side in friendly fixtures, making his debut under Roy Hodgson in November 2012, before switching allegiances and he will become the first player to face England after previously representing them this week.

Southgate managed Zaha during his time as England u21 manager and discussed the 29-year-old’s choice, with Zaha having won 26 caps for the African nation since his debut in 2017.

“He’s a talent,” said Southgate said on Zaha, as per the BBC.

“He’s a good player playing at a high level every week. He felt the Ivory Coast was the route to go and I totally understood that. It’s hard to say what his role might have been with us.

“Raheem has been a key part of our team for a long period, Jesse Lingard had done a fabulous job and, at the start, we had Adam Lallana, who was our player of the year for the first 18 months or so.”

Southgate discussed Zaha;s development having coached the winger during his formative years, with the Ivorian having struggled following a high-profile move to Manchester United.

The England manager was also keen to clear up past comments on Zaha’s commitment and insisted ‘you couldn’t have a more passionate player’.

“When we had him with the under-21s he was in the middle of a very difficult spell both with Manchester United and then on loan with Cardiff,” Southgate said.

“I remember being asked at the time – and we were asked about a few different cases – and I said players have to have the desire to play for England.

“That was slightly tweaked a bit, I would say, so that created a little bit of an atmosphere with Wilf and [Palace chairman] Steve Parish for a while.

“That wasn’t an insinuation on Wilf – you couldn’t have a more passionate player as anyone who follows Crystal Palace knows.”