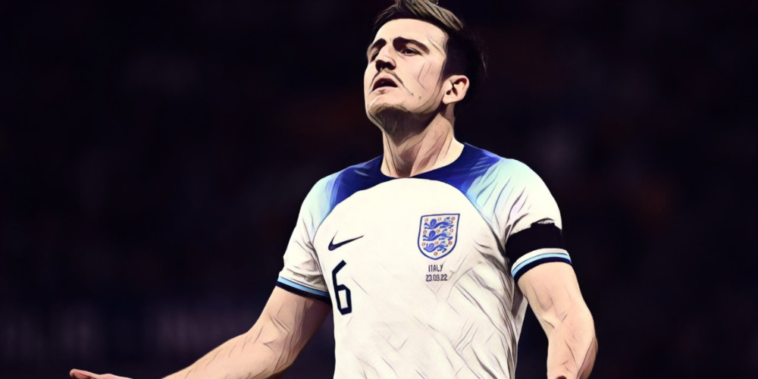 Gareth Southgate has assured Harry Maguire that he will be a vital part of England’s World Cup campaign in Qatar.

Southgate has named Maguire in his squad for the tournament despite a difficult period at Manchester United, with the centre-back having lost his place as a regular at Old Trafford this season.

Maguire has started just three Premier League games for the Red Devils and just one since August, as Erik ten Hag has preferred a centre-back partnership of Raphael Varane and Lisandro Martinez.

Maguire started the opening two fixtures of the Premier League campaign, but was dropped after United began the season with back-to-back defeats to Brighton and Brentford. He has also suffered with a hamstring issue that saw him sidelined for seven league games.

Despite his lack of minutes at club level, the Daily Mail has revealed that Southgate has assured Maguire of his role with England.

The 29-year-old has been an integral part of England’s recent major tournament performances and was named in the Team of the Tournament as the Three Lions reached the final of Euro 2020.

Southgate views Maguire as one of the leaders in his squad alongside Harry Kane and Jordan Henderson and the defender is expected to be named in the starting side when England take on Iran in their Group B opener on Monday.