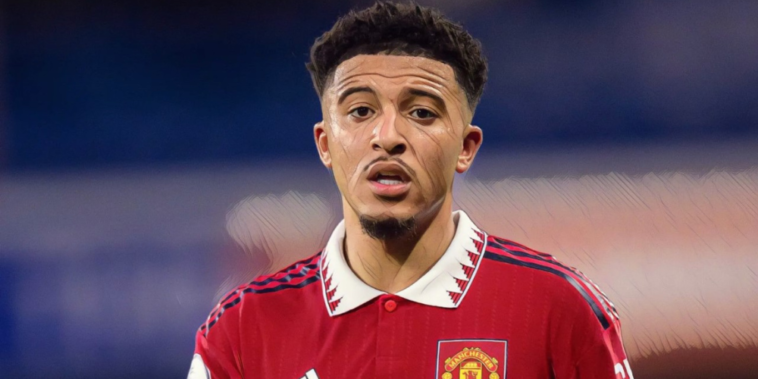 Erik ten Hag has urged patience with Jadon Sancho’s rehabilitation as the Manchester United star works behind the scenes to return to the side.

Ten Hag has enlisted the help of coaches from the Netherlands to aid Sancho’s development, with the winger having not featured since the draw at Chelsea in October.

The 22-year-old has struggled to make an impact since his £72.9m move from Borussia Dortmund and Ten Hag hinted at a loss of confidence for Sancho following a disappointing period of form.

Speaking ahead of Friday’s FA Cup clash with Everton, Ten Hag said it is important that the club take a patient approach with Sancho’s return.

“I would like to have Jadon back as soon as possible … I will do everything that’s in my power but some processes you can’t force and this is one of them,” he said at his pre-match press conference.

“So I have also to show patience, although I don’t have the patience because we have a lack of opportunities in the frontline, players who are available and capable to contribute in the Premier League – not only the Premier League but the highest standard of top football.

“And Jadon is one – when he is fit. He will contribute and then we have an extra option and so we will have more chance of winning a lot of games.”

Ten Hag refused to put a timeline on Sancho’s return to the side, but is confident that the England international is heading in ‘a good direction’.

“We have some hurdles to take but I think he’s in a good direction,” he said.

“In this moment he is not fit enough, no. I said, physical. But physical is also the connection with mental. He is now making good progress on the physical part and that will help him. I hope he can return quickly but I can’t say how long it will be.”

Ten Hag was asked how an elite player could become unavailable for selection when not injured and insisted that footballers are not robots. The Dutchman reiterated his stance that an individual approach is the best method to get Sancho back to his best.

“Many top athletes, in football and also in other sports, sometimes it’s good to go away from the place where you are at daily to get a new vibe and a new experience,” he said.

“People have a different approach and this can give you the right push to get back on track.

“Football players aren’t robots. No one is the same. I think for everyone, you need an individual approach. We thought that, in cooperation with Jadon, it was the best choice.”