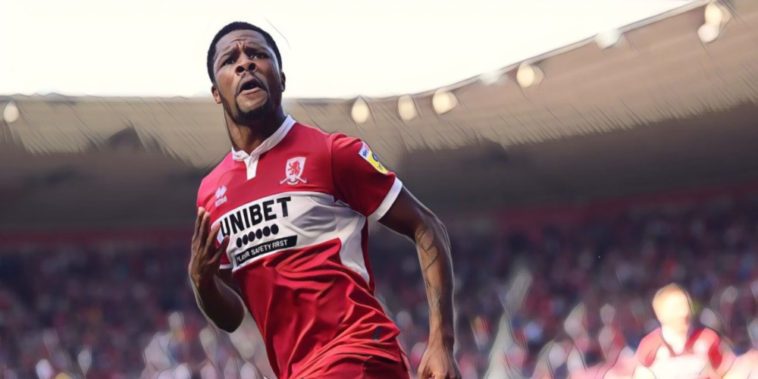 The FA Cup’s third round is one of the most eagerly anticipated dates on the football calendar, as English football’s biggest clubs enter the tournament.

Each season contains a mix of upsets and surprises and there’s plenty of ties to get excited about as the third round action gets underway this weekend.

Here are five FA Cup fixtures to look forward to this weekend.

There will be contrasting emotions as Manchester and Merseyside rivalries resume in the Premier League this weekend, as in-form Manchester United host struggling Everton at Old Trafford.

Erik ten Hag’s side are on a run of momentum with six straight wins in all competitions and have been in fine form since the season’s restart, winning four consecutive games without conceding a goal.

Manchester United haven’t conceded a goal at home in the league since September 4 🧱 pic.twitter.com/B0k6irAvQL

The fixture with Everton will start what could prove to be a defining period in the club’s season, as the Red Devils meet Charlton in the quarter-finals of the EFL Cup on Tuesday before clashes with Manchester City and Arsenal in the Premier League.

Meanwhile, Everton are in disarray after a home humiliation against Brighton this week. The club’s thrashing at Goodison Park extended the club’s winless run to six games in the Premier League and the Toffees have dropped into the relegation places.

Frank Lampard is a man under fire and might just welcome the respite of a clash without Premier League relegation pressure, despite the tough test that awaits.

Two teams firmly on the rise collide at the Riverside Stadium this weekend, as in-form Middlesbrough take on Brighton.

Middlesbrough have found real momentum under the guidance of manager Michael Carrick, with six wins from their last seven moving the North East outfit into the Championship’s play-off places. A defeat at league leaders Burnley has been the only blemish on that record, a run which has lifted Middlesbrough up to fifth in the second tier.

Michael Carrick has won 22 points out of a possible 30 with Middlesbrough, the most by a Middlesbrough manager since Bryan Robson 👏 pic.twitter.com/d5S6YSV3Hz

Chuba Akpom has been in brilliant form for Middlesbrough with 13 goals in 16 league starts and the 27-year-old will relish the chance to take on his former side this weekend. Akpom had a short loan spell at Brighton during the club’s 2016/17 promotion season, but failed to score in ten appearances. He will be keen to show the Seagulls how far he has come.

Carrick faces a dilemma over whether to rotate his options for the clash, or keep the momentum that has built in recent weeks. A strong performance against a Brighton team flying high in the Premier League table will only increase confidence ahead of a promotion push.

Brighton have won four of their past six in the Premier League, including an impressive 4-1 thrashing of Everton this week. Evan Ferguson will want to continue his recent form after breaking into the side, with the 18-year-old having scored in successive Premier League games.

Newcastle United face Sheffield Wednesday at Hillsborough this weekend having enjoyed an outstanding Premier League campaign under the management of Eddie Howe this season.

The Magpies have exceeded all expectations to sit third in the Premier League table, occupying a Champions League place ahead of Manchester United, Tottenham, Liverpool, and Chelsea.

The optimism that first arrived with the club’s Saudi takeover has swelled after on-pitch performances, as those on Tyneside dare to dream of long-awaited silverware arriving at St James’ Park.

Onto the next one. 🏆

It’s been 24 years since Newcastle suffered the second of successive FA Cup final defeats, while the club are without a major domestic trophy since 1955. Already through to the last eight of the Carabao Cup, there is a belief that Newcastle can challenge for cup success this season.

Howe’s team have lost just once in the Premier League this season and has the defensive strength to compete with the tournament’s top teams. A trip to face Sheffield Wednesday will be a tricky test, but one the Magpies will be confident of navigating.

The Owls are second in League One as the club push for promotion to the Championship and are unbeaten in 13 league fixtures.

Five all-Premier League ties have reduced the chances of a giant-killing this weekend, but Oxford United have the chance to make history as Arsenal visit The Kassam Stadium.

Mikel Arteta’s side are top of the Premier League table after a superb start to the season and the record 14-time winners will be hoping to continue that momentum in cup competition.

The clash could offer a chance for Arteta to utilise some of the fringe members of his squad, with the likes of Takehiro Tomiyasu, Fabio Vieira and the returning Emile Smith Rowe among those hoping for involvement. The latter’s return to training is a welcome boost after a long period on the sidelines and Smith Rowe is expected to start Monday’s clash.

Arsenal fans will also hope that Ethan Nwaneri is given a chance, after the midfielder became the youngest player to appear in the top flight of English football in September. Nwaneri will not turn 16 until March. Nathan Butler-Oyedeji, who was on the bench against Newcastle this week, is another in the frame for minutes.

For Oxford, the clash appears a free swing. Sat mid-table in League One, Karl Robinson’s side are some distance from the play-offs, but have breathing room from the bottom three after recovering from a shaky start. It’s just two defeats in 11 games for The U’s, though each of those have come in their last three League One games. The arrival of Arsenal can breath excitement into a season that has largely lacked it to date.

The headline fixture from the FA Cup’s third round draw is Manchester City’s clash with Chelsea.

Two of the Premier League’s biggest clubs will go head-to-head twice in just four days, as the teams meet in league action on Thursday before their FA Cup encounter at the Etihad this weekend.

Each of the last six FA Cup finals has featured either Manchester City or Chelsea, with the latter hoping to reach a fourth consecutive decider. Chelsea have, however, lost each of their last three visits to Wembley for the FA Cup final, including a shootout loss to Liverpool last season.

City will start as favourites and have had the better of recent meetings between the sides, winning each of the last three in all competitions.

The pressure is beginning to increase on Graham Potter at Chelsea, with the west Londoners having won just one of their past seven fixtures in the Premier League.