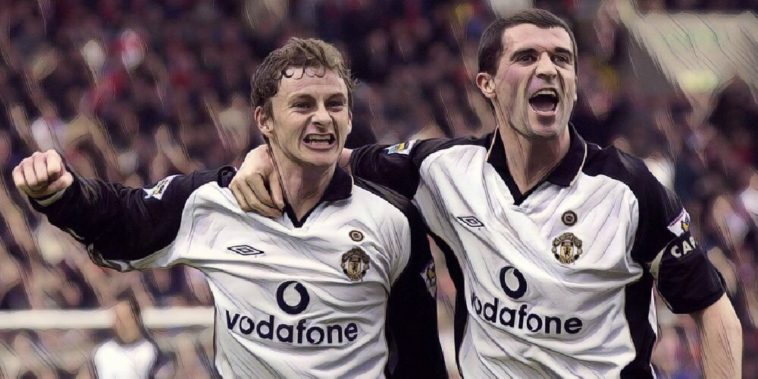 Ole Gunnar Solskjaer has revealed he has sought the advice of Manchester United legend Roy Keane, revealing he ‘always listens’ to the opinions of the outspoken Irishman.

Keane has been hugely critical of his former club during his career in the media, though Solskjaer admits he values the opinions of the former United captain ‘very highly’.

Keane is currently out of work since quitting his role at Nottingham Forest earlier this summer, with some United fans urging Solskjaer to get his former teammate on board at Old Trafford.

The Manchester United boss has now admitted he has visited Keane’s home and taken counsel from the 47-year-old, revealing he has remained close to his old teammate.

“I’ve already been at his house for a cup of tea,” Solskjaer told the Daily Mirror. “I keep in touch with Roy. For me, he was a ­fantastic leader. I loved ­having him as my captain. We’ve become friends.

“I know Roy did an ­interview saying there’s many people that claim to be his friends. But I feel that we are quite close.

“And I always ­listen to Roy and his opinions – I value them very highly.”

Antonio Valencia’s summer exit means Solskjaer is seeking a new captain at Manchester United, with several of the club’s experienced stars having been handed the armband during pre-season.

Solskjaer admits finding a ‘good captain’ is hard, with the Norwegian admitting he is yet to decide on who to choose the club’s next leader.

“There’s different ways of ­picking a captain. You can have club captains, you have players choosing or you can have me being like a dictator,” Solskjaer added.

“We have got leaders in this group. We’ve shared it round with Juan Mata, Ashley Young, then there’s David, Paul and Nemanja Matic.

“We’ve had loads of captains so let’s see who’s going to be in charge or wearing the armband. But I accept good ones like Keane and Bryan Robson are hard to find. And now Kompany has left City it will be hard for them to replace him too.”