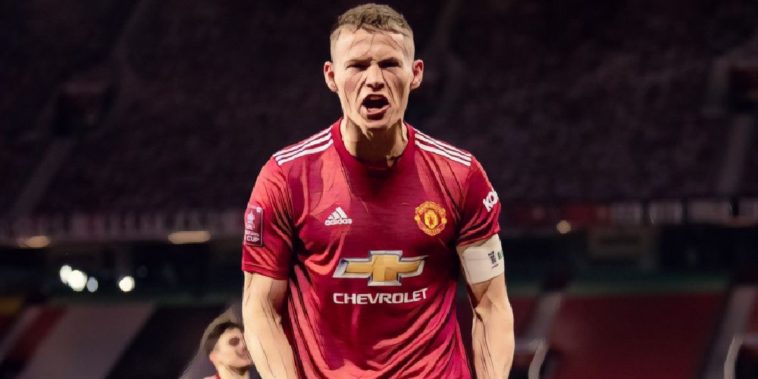 Manchester United booked their place in the draw for the fourth round of the FA Cup with a laboured 1-0 win over Watford.

Ole Gunnar Solskjaer made nine changes from the side that were beaten by Man City in the EFL Cup semi-final in midweek, with the Norwegian offering minutes to a number of the players on the periphery of the first team.

It was a quick start from Manchester United though, who took the lead in just the fifth minute, Scott McTominay scoring his fourth of the season from an Alex Telles corner. The Scotland international – who had been handed the captain’s armband for the evening – sent his header into the ground before it looped up and over ‘keeper Daniel Bachmann and into the top corner.

United bossed the opening stages, but the Championship side certainly grew into it with Xisco Munoz’s side looking by far the more likely to score as the half wore on.

However, in truth, they never really put any kind of siege on the United goal in a game that will not live long in the memory, with Solskjaer eventually calling on the big guns to see the result out.

Speaking afterwards, Solskjaer admitted that his side produced their best football in the opening 20 minutes.

47 – Manchester United have been successful in 47 of their last 48 FA Cup ties against sides from a lower division, progressing from each of their last 17 since losing against Leeds in January 2010. Bullies. #MUNWAT

“The most important thing in the cup is that you go through so that will make everyone happy but the first 15-20 minutes I think were the highlights of our game,” he told Match of the Day. “I think we played some very good stuff, created chances and then we let them back into the game but we are through.”

Next up for the Red Devils is their long-held game in hand against Burnley in midweek, before they take on bitter rivals Liverpool in what has shaped up to be an unlikely top-of-the-table clash, and Solskjaer insisted he wanted to offer opportunities for the lesser-used members of his squad ahead of another busy week.

“They had a chance to prove they could play the next game and the game after and get some match fitness. We will need all of them over the season and that was part of the reason we made changes.

“I’m delighted we are through. I told them I didn’t expect them to start like house on fire. I expected them to grow into the game. The opposite happened more or less. We started brightly.”

Speaking about matchwinner McTominay, the Norwegian is keen for him to add more goals to his game and develop into a box-to-box midfielder.

“Scott has had a very good season,” he said. “He is being more and more dangerous, we know he can be a box-to-box midfielder. He should have scored a few more on set-plays before now because he is a monster of a human being. I am very happy he got the goal.”

Tweets of the Week: 2021 is even worse than 2020, but at least Soucek got his potato salad