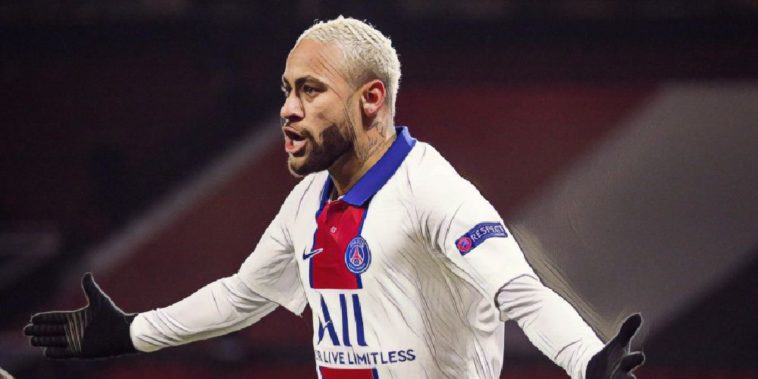 Ole Gunnar Solskjaer lamented Manchester United’s missed chances after slipping to a 3-1 defeat to PSG in a highly entertaining game.

PSG started the brightest, and after just six minutes they deservedly took the lead, Kylian Mbappe’s strike from outside of the box taking a deflection, looping into the path of Neymar who expertly read the flight of the ball before firing home low past De Gea from a tight angle.

After a slow start, Manchester United finally started getting hold of the ball, though in the 21st minute they were handed a huge reprieve – midfielder Fred only receiving a yellow card despite referee Daniele Orsato reviewing the pitchside footage, which looked for all the world to see that the Brazilian had put his head towards that of Leandro Paredes.

Just after the half-hour mark, the Red Devils pulled themselves level, and once again, fortune was on their side. Marcus Rashford – who has been so influential in the previous two encounters against PSG – involved again as he saw his shot from the edge of the box take a wicked deflection off Danilo Pereira and make its way beyond Keylor Navas.

6 – Marcus Rashford has scored more goals in five Champions League games this season (6) than he managed in 18 appearances in the competition across his two previous seasons, 2017-18 and 2018-19 (5). Equaliser. pic.twitter.com/hodVz6XW2A

United started brightly in the second-half, with Anthony Martial guilty of blazing over after a free-flowing move, while Edinson Cavani’s attempted chip agonisingly came back off the bar after being released by the Frenchman.

The Red Devils dangerous start to the second half forced PSG into a change of shape, and it immediately paid dividends for the French champions as they swiftly regained the lead, Marquinhos poking home at the back post after Abdou Diallo redirected Ander Herrera’s wayward shot across the box.

Things quickly went from bad to worse for United, who, within a minute of going behind, were reduced to 10 men with Fred finally receiving his marching orders for a second yellow card, despite replays suggesting he got the ball.

United threw caution to the wind in the dying stages as they attempted to get the draw that would have sent them through, leaving themselves open at the back and they were duly punished, Neymar finishing off a quick breakaway goal that he initiated inside his own half in stoppage time.

Speaking afterwards, Ole Gunnar Solskjaer insisted that PSG ‘were there for the taking’ and lamented his side’s missed chances early in the second half.

“It was a very good game which deserved fans,” he told BT Sport. “With a bit more clinical finishing we should have finished the game. They were there for the taking.

“We had some big chances. The difference when you get to the big games is the clinical moments.

“If Marquinhos had bigger studs on he’d have been offside. It’s marginal. You can’t really put your finger on the deciding factors.”

Asked about the decision not to send Fred off at half-time when he seemed on the verge on getting a second yellow, even Solskjaer conceded his side were on fortunate to play with 11 men for as long as they did

Scott McTominay (5) and Fred (4) committed nine fouls combined against PSG, one fewer than the entire PSG side in total (10).

“Fred shouldn’t put his head towards him,” he said. “I don’t think he touched him. He was a bit lucky to stay on [though].

“Yeah [I considered taking him off]… Fred has played really well. We spoke about staying calm and on your feet. The second yellow card was nowhere near a foul.”

United face West Ham in the Premier League at the weekend before travelling to face RB Leipzig next week, the Red Devils still only needing a point to qualify, though the Norwegian is eyeing all three.

“We go into a game wanting to win. The games against PSG and Leipzig show how much we’ve developed in these types of games. It was just about finishing today.”