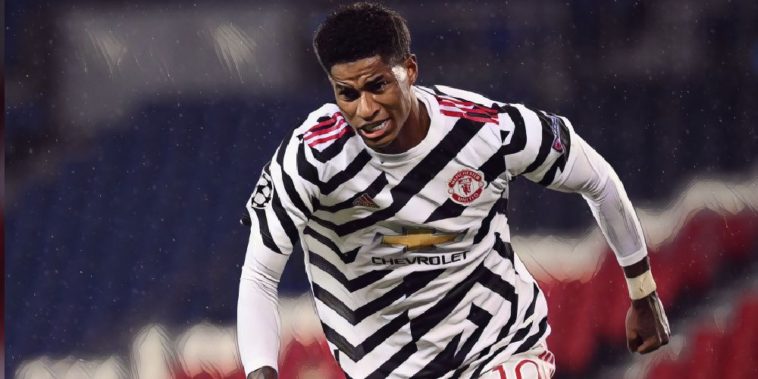 PSG travel to face Manchester United this evening in a huge clash in Group H, the French champions currently three points behind tonight’s opponents and level with RB Leipzig in a fascinating three-way battle for qualification.

Tuchel’s side face a Red Devils outfit who have edged recent battles between the two sides, eliminating PSG in the last 16 after a memorable second leg fightback in Paris during the 2018/19 season, before winning 2-1 in the French capital earlier this season.

Key to both of those success has been Rashford, who converted late winners in both fixtures and will be out to continue his impressive recent record against the Parisians this evening.

Tuchel has praised the England international and admits he is wary of the threat posed by the 22-year-old, though says his side are heading to Old Trafford in search of victory as they bid to keep their qualification hopes in their own hands.

“The last two performances from him against us have been annoying,” Tuchel said at his pre-match press conference.

“He’s a very young adult who takes his responsibilities on and off the pitch very impressively.

“I’ve met him three times as an opponent and every time I meet a nice, humble and calm person.

“I like this mixture. He’s a big threat with his speed, ability to score and finishing and determination.

“He’s very precise and super rapid on the counter attack.

“He has a big impact and it’s nice to see players like him do this from the academy of a big club like United.

“We want the team to feel free and disciplined to be engaged in a really tough battle.

“There are several reasons why things are a bit difficult for us at the moment.

“But here we are, it’s like a final against United at Old Trafford and one we have to win.

“We’re not here to make excuses and want to show what we are capable of doing.”