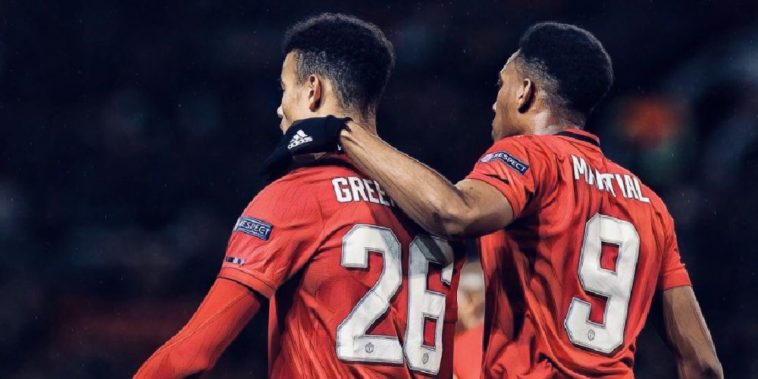 Ole Gunnar Solskjaer has praised the quality of Manchester United’s finishing after seeing his side beat Partizan Belgrade 3-0 in the Europa League on Thursday night.

Manchester United sealed qualification for the knock-out stages with a comprehensive win over the Serbian visitors at Old Trafford, first-half goals from Mason Greenwood and Anthony Martial putting Solskjaer’s side in control before Marcus Rashford netted after the break to complete the scoring.

Solskjaer was full of praise for his side following their attacking display, believing the performance should act as a ‘template’ for the club for the remainder of the season.

“I’m very pleased with all of those finishes, all three goals were high class,” Solskjaer said.

“Of course, we should have had a few more, but the first one settled us down. Mason showed great composure; with the goalkeeper going down, he changed his mind and I was very happy with that.

“Anthony’s was probably the skill of the night, and then I was very pleased Marcus scored with his left foot. He’ll need more goals on his left because he is in that position often and he can go both ways.

“Marcus got in some great positions, made some great runs onto some great passes, the goalkeeper made some saves and the other times he didn’t hit the target, but the goal he scored will give him loads of confidence.

“This is a little bit of a template of how we want to play. Of course, it’s the opposition that allow you to play that way as well. No disrespect to Partizan, but they gave us spaces.

“It was pleasing for me that we went forward and needed the second and third, because there have been too many occasions where we’ve gone 1-0 up and not got the second or third.

“These boys are learning, tonight will give them loads of pointers on how to play when we are performing well, and even though the opposition was not the same as in the Premier League, there were still good principles.”

The result keeps United at the top of Group L and means they have secured qualification to the knock-out stages with two fixtures to spare, whilst the club can seal top spot and seeding for the last-32 with victory over second-placed AZ Alkmaar on December 12.