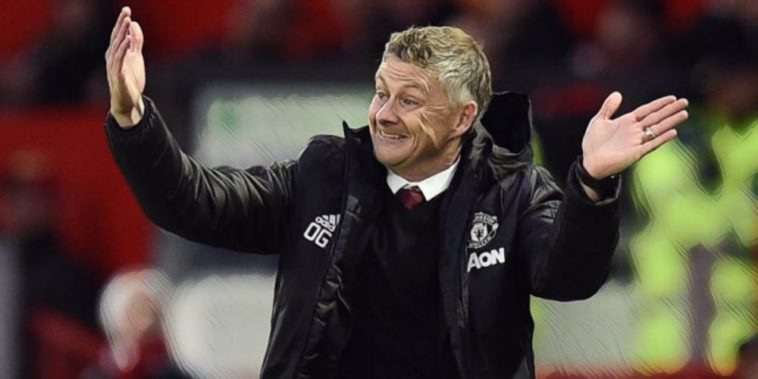 Manchester United manager Ole Gunnar Solskjaer has praised his side after they secured a 1-1 draw with league leaders Liverpool at Old Trafford on Sunday.

Marcus Rashford opened the scoring for the hosts with his fourth league goal of the season, before Adam Lallana’s late equaliser rescued a point for Jurgen Klopp’s side.

Manchester United were much improved from their recent showings and the draw brought an end to Liverpool‘s perfect start to the new campaign, with Solskjaer praising his side’s ‘great response’ following their disappointing defeat at Newcastle prior to the international break.

While the United boss admitted he was frustrated with the manner of Lallana’s late leveller, he was happy overall with his side’s performance as they prevented the in-form visitors extending their 17-game winning streak.

“It was an easy goal to concede. To concede to a cross on the six-yard line is disappointing. I thought we had just started creating the counter-attacks so it’s disappointing,” Solskjaer told Sky Sports.

“We have pace. Dan James and Marcus Rashford are exceptionally quick and they will cause problems for anyone. Those two and Andreas Pereira were very good and I’m pleased with how they performed their task.

“Marcus’s movement all game was good – that was maybe one of his best games for us. He was strong and they are the kind of goals we want from him. We had a little video session yesterday and exactly that happened.

“It was a great response from the boys. We have a team that works for each other and maybe this will turn their season. They are disappointed because they feel we should have won. Our fans showed they can see what’s happening and we will get there.”