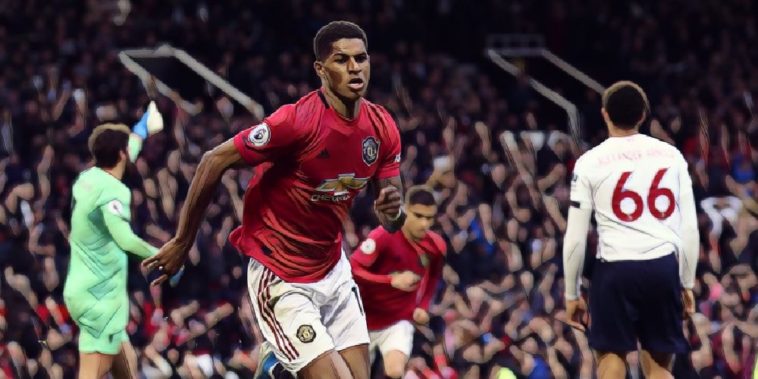 The 21-year-old opened the scoring for Ole Gunnar Solskjaer’s side as they secured a 1-1 draw with their Merseyside rivals at Old Trafford, though Adam Lallana’s late equaliser maintained Liverpool‘s unbeaten start to the new Premier League season.

Rashford has come under criticism for his performances in recent weeks but impressed against Jurgen Klopp’s side, the forward’s pace and movement causing problems throughout and his showing rewarded with a fourth league goal of the season.

Former Manchester United defender Neville believes Rashford’s recent break with England – in which he scored during the win in Bulgaria – have helped boost the youngster’s confidence, believing he looked back to his best during a positive display.

Rashford cuts back on the left and bends one into the far corner. Wonderful strike

“I thought he looked beat two weeks ago. I felt he needed to come out of the team,” Neville said on Sky Sports.

“The international break has done him good. He looked like himself.

“He’s still young. Players have to develop. United have to make a decision – they have to buy but not necessarily at the expense of Marcus Rashford. Of course he needs help.”