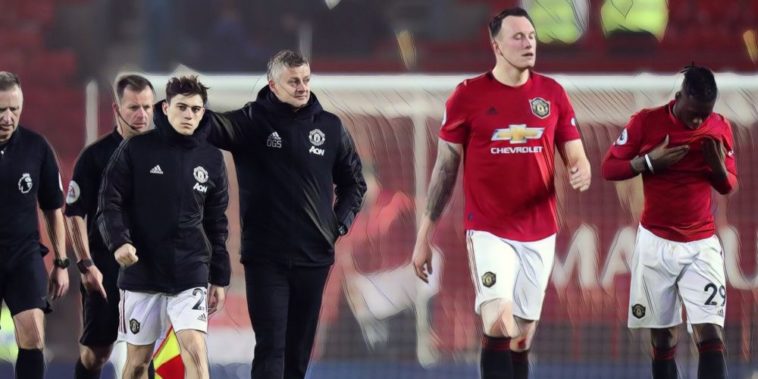 Manchester United were booed off the field at both half-time and full-time following what was a dismal home performance, Chris Wood opening the scoring for the Clarets before Jay Rodriguez’s powerful drive doubled their advantage and sealed a first ever Premier League win at Old Trafford for Sean Dyche’s side.

The defeat was the latest poor performance in a season full of disappointments for the Red Devils thus far, the loss their eighth of the league season and leaving the club six points adrift of fourth-placed Chelsea in the race to secure Champions League football.

United, without the injured Marcus Rashford, were void of any creative ideas as they struggled to carve out chances against their organised opposition, though the fans would voice their displeasure at a display that the under-fire Solskjaer admits was far from the standard required.

“There are loads of thoughts through my mind. At one point it felt like we were creating openings and didn’t take them. Now, one of disappointment. We hold our hands up, it is not good enough,” Solskjaer told BBC’s MOTD.

“Burnley scored one wonder goal and one you see them score all the time. When you are dominating and you don’t have that cutting edge to score that was disappointing, When they scored, we didn’t have an answer.

“The players are giving everything, they have done absolutely fantastic so far this season but they know it wasn’t good enough tonight.

“The boys looked mentally tired towards the end, we didn’t find that creativity. We can’t feel sorry for ourselves. When you are at Man Utd you are privileged because you are playing for the best club in the world.

”Sometimes you go through periods like that and it is a test I am sure they are going to come through.”

Next up for United is an FA Cup fourth round tie against either Watford or Tranmere.