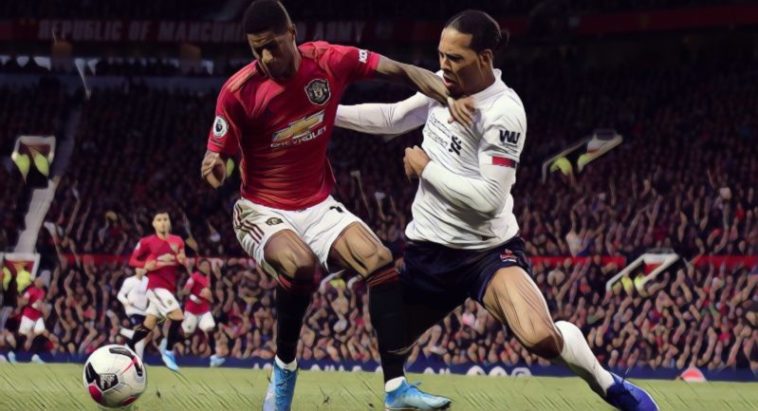 Manchester United boss Ole Gunnar Solskjaer reckons the 1-1 draw against Liverpool today at Old Trafford is a step in the right direction for his struggling side.

Both sides went into the game in massively contrasting form, with Manchester United languishing in 14th place in the table after their worst start in 30 years and Liverpool five points clear of Man City at the top of the table and with a game in hand.

However, Solskjaer set up his team to shut down Liverpool’s marauding full backs and hit on the counter, and the plan seemed to be working a treat when Daniel James’ excellent cross from the right hand side was hit home from close range by Marcus Rashford on 36 minutes.

Despite continuing to perform well below the level that had seen them win 17 successive Premier League games, Liverpool did gradually grow into the game during the second period and it was no great surprise when substitute Adam Lallana steered home Andy Robertson’s cross at the back post with five minutes to go.

Liverpool dominated after the goal but they were unable to create the clear cut chance they craved and it finished honours even.

Speaking after the game, Solskjaer admitted that although he was disappointed his side couldn’t hold onto their lead a draw is still a positive result considering United’s recent poor run of form.

“It’s important to get results. That’s the only way to grow confidence. A win would have been great but a draw is a step in the right direction,” Solskjaer told his post-match press conference.

Disappointed not to win but much better from us and good to get on the scoresheet.

We’ll take the positives and build on them. Thanks for the support 👊🏿 pic.twitter.com/XUGN9SIgiz

“You can’t look too far in the future. We need to win more games and today was a lost opportunity. We move on to the next one.

”A win in Partizan would be a massive step towards qualifying in the Europa League, then we have difficult league games against Norwich and Bournemouth. But we’re working hard on their mindsets.

“As a manager you want results now – you can’t lose four, five or six games on the bounce. We’re looking to win games as soon as possible. Today was a step in the right direction but just not enough.”