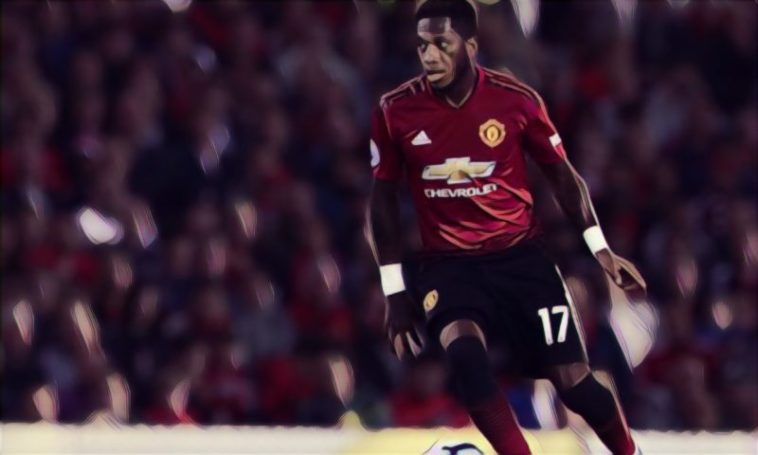 Ole Gunnar Solskjaer has insisted that Manchester United midfielder Fred will get a chance, despite him being left on the bench during the 0-0 draw with Liverpool on Sunday.

Manchester United beat off competition from Man City in the summer to land the Brazilian midfielder, splashing out £52 million to bring him from Shakhtar Donetsk.

However, he has struggled to make an impact at Old Trafford, where he has made 10 league appearances for the Red Devils this season, scoring just one goal.

Since the arrival of Ole Gunnar Solskjaer back in December, the 25-year-old has only featured once and that was against Championship side Reading in the FA Cup. The Norwegian also ignored him for United’s draw with Liverpool, despite the club suffering injuries to Nemanja Matic, Ander Herrera and Juan Mata, with youngster Scott McTominay being preferred.

Solskjaer takes his depleted squad to London tonight to face Crystal Palace, and the Manchester United caretaker boss has insisted that the midfielder will get his chance to impress, saying that he just needs time to settle into life in the Premier League.

“[Fred needs to] play well when he gets the chance, keeping training, keep working as he does,” Solskjaer said in his pre-match press conference.

“We have had a midfield three of [Ander] Herrera, [Paul] Pogba and [Nemanja] Matic and they have played really well together.

“It is not like we have been bogged down with too many games. Scott McTominay was the obvious choice against Liverpool because he was an academy kid – we had five academy kids at one point on the pitch. He knows what it means.

“You have to look at the time it needs to settle. You look at Juan [Sebastian Veron] – he is one of the best players that I played with – and it took him time to settle. And I am sure that when given the chance and a run in the team Fred will grab the opportunity.

“Fred will get his chances, maybe tomorrow.”