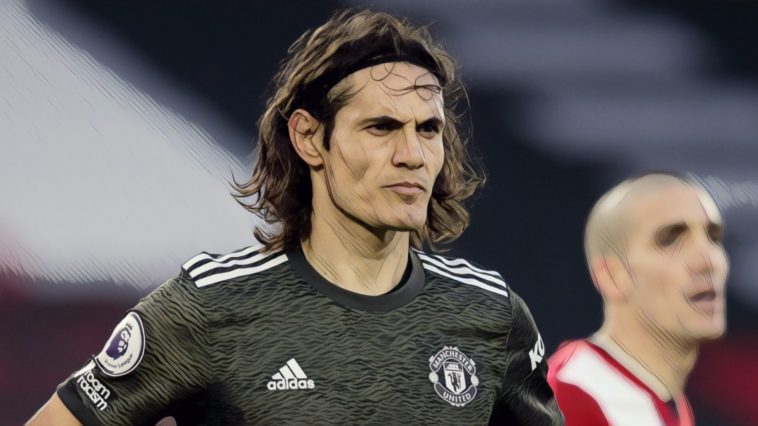 Ole Gunnar Solskjaer has discussed Edinson Cavani’s future at Manchester United and admits the forward is still ‘unsure what he wants to do next season’.

Cavani signed for the Red Devils on a free transfer from Paris Saint-Germain last summer, signing an initial two-year deal with both club and player holding an option to terminate after a single season.

The 34-year-old has enjoyed a positive campaign with seven goals in all competitions, but has seen his impact restricted with injuries of late and has been linked with a move to Boca Juniors.

Solskjaer says he is in regular communication with the veteran over his plans and says Cavani has requested some ‘time’ to make a decision on where he plays his football next season.

“I’ve kept in touch with Edi and, of course, we keep an open dialogue,” Solskjaer said at his pre-match press conference

“He’s still unsure what he wants to do next season, which I find fine.

“It’s not been an easy year either for him, or the rest of the world this season, so he still wants to time to make his mind up.”

Cavani came on as a substitute as Manchester United moved closer to the last four of the Europa League on Thursday and Solskjaer insists the forward remains committed and focused ahead of the season’s run-in.

“I’m very sure that we will get a good Edinson for the rest of the season,” he added.

“He knows that this is the business end of the season, where we fight for the Europa League trophy and we can see the end-line in the league, only eight games left and you’re thinking about where you’re going to end up.

“He’s been so positive in and around the place, he’s been great to have, he’s been working hard now obviously to get fit. We’ve got him and now, hopefully, we can keep him fit the next six, seven weeks.”