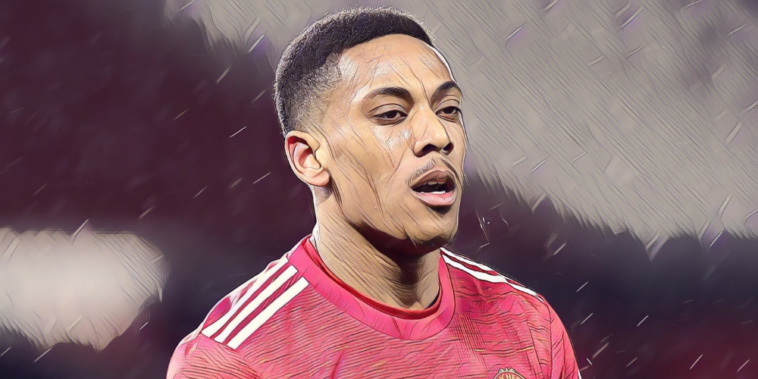 Martial enjoyed the best season of his Manchester United career last season after being returned to a central position, finishing as the club’s leading scorer with 23 goals in all competitions to be named as the Red Devils’ Players’ Player of the Year.

The 24-year-old has struggled to replicate those performances this season and has scored just four league goals for the campaign, whilst the the France international has found his position under threat following the summer signing of Edinson Cavani.

Martial started on the left-hand side of the attack and failed to make an impact during the club’s disappointing 1-1 draw at West Brom on Sunday, enduring a frustrating afternoon before being substituted for Mason Greenwood shortly after the hour.

Solskjaer remains unconcerned by the performances of the out-of-sorts Frenchman, however, and has backed Martial to rediscover his goalscoring form, insisting the forward is ‘working hard’ to get back to his best.

“No [I’m not concerned by his form]. I know Anto is working hard to get back to where he was and he’ll score goals.” Solskjaer told his post match press conference.

“His attitude is very good. Form is sometimes temporary but class is permanent.

“The kid’s got class,” the Norwegian added. “So when he works hard, we know it’s going to come out with the good performances in the end.”

United return to Europa League action this week when they face Real Sociedad in the first leg of their round of 32 clash, before hosting Newcastle in the Premier League this weekend.