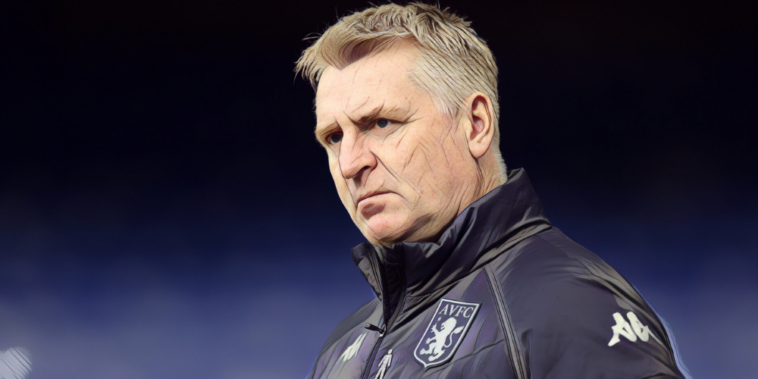 Villa have strengthened their options with the arrivals of Danny Ings, Ashley Young and Leon Bailey, in addition to the club-record acquisition of Emiliano Buendia from Norwich, as the club reinvest the British transfer record fee received for Grealish.

Speaking at a pre-match press conference ahead of Villa’s opening fixture at Watford tomorrow, Smith believes his side are in a ‘good place’ despite the loss of Grealish to Manchester City and believes Villa now have significantly more depth as they bid to compete in the Premier League this season.

“It was important that we strengthened the squad depth this season,” he said. “We felt we had an 11 that could compete against anybody including the top teams – now we’ve got more variation, more adaptability, and more depth and that’s really important.

“We made a £100m from a lad who came through the academy and has set a British record.”

Smith also spoke on questions regarding the club’s ambition following the sale of prized possession Grealish, but believes the record-breaking fee and swift move to sign replacements shows the direction the club is heading.

“Jack was our best player but we never expected £100m to be met and it has been,” he admitted. “The day Jack was announced to leave we signed Danny Ings.”

Smith provided team news on his side ahead of the trip to Vicarage Road and says Ollie Watkins remains a doubt for Watford, but confirmed that summer signings Bailey and Buendia are fit to face the Hornets.

“We are not too sure about Ollie (Watkins) at the moment, if he’s pain-free today then he will train, if not then he won’t be involved.

“Leon (Bailey) has had to isolate but he will be available for the squad on Saturday. He’s a top player and we’re really pleased that he’s here.

“Emi Buendía has had a slight injury but he’s available. He’ll bring the creativity and a spark.”