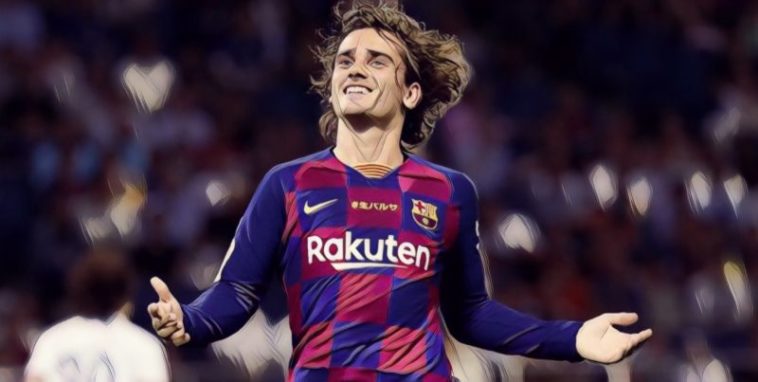 The summer’s transfer activity was brought to an end with the closure of the European transfer window earlier this week, a flurry of deadline-day activity finishing an intriguing summer of recruitment for Europe’s top clubs.

Several of the continent’s leading sides have enjoyed lavish outlays as they bid to strengthen their squads, expensively assembling a list of new additions as they bid for success this season.

Thirteen Premier League club’s broke their transfer records this summer, but how did England’s top-flight compare to the rest of Europe?

With reports suggesting Unai Emery’s summer spending would be limited following their failure to secure Champions League football, Arsenal surprised everyone by being the highest spenders in the Premier League.

Despite boasting one of the division’s most potent forward lines in Pierre-Emerick Aubameyang and Alexandre Lacazette, the North London side further bolstered their attacking options with a club-record £72m deal for Lille winger Nicolas Pepe.

Only Kylian Mbappe scored more than the Ivorian’s 22 Ligue 1 goals last season and fans will hope the 24-year-old can replicate that form in the Premier League.

Elsewhere there were significant investments in youngsters, William Saliba and Kieran Tierney, whilst David Luiz arrived from Chelsea to bring experience to the backline. Dani Ceballos, signed on loan from Real Madrid, has impressed in the opening new weeks of the new season, and Arsenal will hope their activity can deliver Champions League football after a three-year absence from Europe’s elite.

The Italian giants have gone big as they bid to end Juventus’ dominance of Serie A, splashing £170.5m on 11 new additions as they bid for a first league title since 2010.

Matteo Politano has arrived permanently after a successful loan last season, and Austrian Valentino Lozaro has arrived from Hertha Berlin in a £20m deal.

It’s been a busy summer of activity as Antonio Conte prepares for his first season in charge of the Nerazzurri, and the former Chelsea boss will be hopeful of a successful campaign.

The Italian champions have enjoyed a fine summer of recruitment, and whilst they remain the kings of the Bosman transfer they’re still the fourth-highest spenders in European football.

The Serie A side won the race for arguably Europe’s most in-demand player in Matthijs de Ligt, securing the services of the Ajax captain in a £67.5m deal.

Their free transfer activity includes the impressive free signings of midfield duo Aaron Ramsey and Adrien Rabiot, whilst legendary goalkeeper Gianluigi Buffon returned to the club after a season at Paris Saint-Germain.

Manchester City’s Danilo has joined in an exchange deal including Joao Cancelo, whilst Cristian Romero, Luca Pellegrini and Merih Demiral have arrived from Serie A rivals Genoa, Roma and Sassuolo respectively.

Perhaps the most dramatic squad overhaul in European football this summer, Atletico Madrid saw a host of club stalwarts depart the Spanish capital this summer, spending a cool £218.9m to replace the likes of Diego Godin, Rodri and Antoine Griezmann.

Their £113m purchase of Benfica starlet Joao Felix shocked the continent, though the teenager has already shown signs of developing into an elite footballing talent.

Marco Llorente joined from City rivals Real to bolster the midfield options, where he will be joined by former Porto star Hector Herrera.

Diego Simeone will hope his influx of new signings can settle quickly, but the Madrid side were not Spains only big spenders this summer…

De Jong will be joined at the Camp Nou by World Cup winning forward Antoine Griezmann, the Frenchman joining in a £108m deal from La Liga rivals Atletico Madrid to add to Ernesto Valverde’s attacking options.

Griezmann will line up in a formidable looking forward line already containing Luis Suarez and a certain Lionel Messi, with the Catalan side hopeful the 28-year-old can help fire them to Champions League success this season.

Elsewhere the club’s squad depth has been improved, Spain U21 international Junior Firpo has joined from Real Betis, and goalkeeper Neto arrives from Valencia in part-exchange deal including Jasper Cillessen.

Real Madrid have responded to a disappointing season in the Spanish capital as only Real Madrid know how, throwing a bucketload of cash at club’s across Europe to secure the services of highly-rated talent.

Luka Jovic’s prolific form for Eintracht Frankfurt earned him a big-money move to the Bernabeu, where he will be joined by Porto’s Eder Militao and Lyon full-back Ferland Mendy.

Brazil youth international Rodrygo is the country’s latest starlet to move to Spain in a £40.5m deal from Santos, whilst France international goalkeeper Alphonse Areola joins on loan from Paris Saint-Germain to provide back-up and competition for Thibaut Courtois.

Read Also: Five of the weirdest reasons for getting sent off