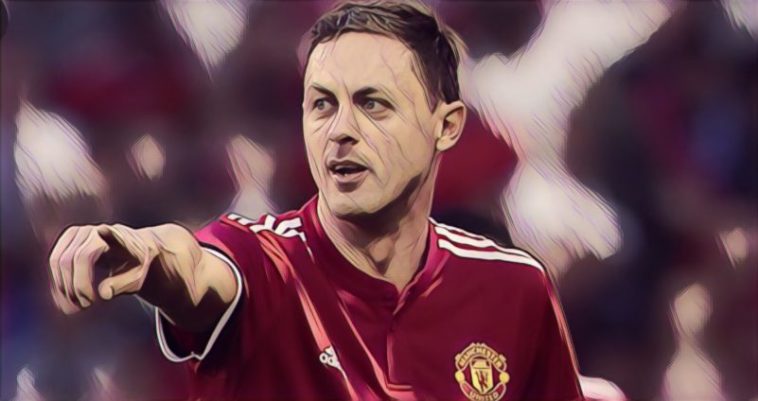 The substitutes bench can often be a frustrating place for Premier League footballers. Despite modern football being very much a squad game, it can be difficult to accept a place in the dugout when the starting XI’s are revealed.

Perhaps worse is seeing your status diminish from a first-team regular to the back-up brigade, though several stars are currently adapting to reduced roles as they struggle for minutes in the opening weeks of the new campaign.

The Serbia international has since fallen down the pecking order at Old Trafford after a series of disappointing performances, with youngster Scott McTominay being preferred in Ole Gunnar Solskjaer’s new-look side.

Matic has voiced his discontent at his lack of football, having played just 22 minutes in the Premier League so far this season, though his absence has largely been met positively by the club’s fans who had grown tired of his abject and static displays.

At 31 he no longer seems to have the energy Solskjaer desires in his midfield, and unless something drastically changes his days at the club seem numbered.

A notable absentee from the Tottenham team over the opening weekends of the Premier League season, Belgian international Vertonghen has played just once in the club’s first four fixtures of the campaign.

Omitted from the squad for the opening day victory over Aston Villa, the long-serving defender was an unused substitute against Manchester City and Newcastle before returning for the North London derby draw with Arsenal.

Mauricio Pochettino indicated a fitness issue was the reason for the 32-year-old’s continued absence, though speculation emerged of a rift between the pair.

Having returned to the side last time out it remains to be seen whether Vertonghen, who made 34 appearances in all competitions last season, remains a first-team regular for an eight successive season at the club.

Another player who has made just one substitute appearances so far this season, Leicester winger Gray has been the forgotten man as the Foxes have made an impressive start to the new campaign.

Gray has fallen behind the likes of Ayoze Perez, James Maddison, and Harvey Barnes as Brendan Rodgers creative options, with the former Birmingham City player not even included in the matchday squad for the opening fixture of the new season.

A highly-rated prospect upon his arrival in 2016, Gray hasn’t quite fulfilled his potential and his end product has often been criticised. Now 23, he can no longer be regarded as one for the future and must soon secure regular first-team football if his career is to not stagnate.

A key component of Antonio Conte’s 2017 title-winning side at Chelsea, the Spain international has largely been first-choice at Stamford Bridge since his arrival from Fiorentina in 2016.

Having made over 30 league appearances in each of his three seasons at Chelsea, but with concerns over his defensive awareness, the 28-year-old has lost his place at left-back under new manager Frank Lampard with Italy international Emerson Palmieri preferred.

Emerson’s impressive form has seen Alonso restricted to just one appearance from the bench so far, though the former Bolton and Sunderland player could now be handed his opportunity to re-establish himself following his teammates recent hamstring injury.

A player who has divided opinion ever since his move to Anfield in 2014, the Liverpool defender has largely been dependable in recent seasons paired alongside the likes of Joel Matip and Virgil van Dijk.

Whilst Van Dijk is undisputedly Liverpool’s first-choice central defender, Lovren has competed alongside Matip and Joe Gomez for the chance to partner the Dutchman, though he has slipped to fourth choice in recent times.

Gomez began last season in fine form before suffering a serious leg injury, allowing Matip to come in and establish himself with a series of commanding performances.

It looks a long road back for Lovren to first-team football under Jurgen Klopp, the Croatian having not featured in a match day squad since the Community Shield defeat to Manchester City amid speculation he could leave the club.

With the transfer window having now shut he remains a Liverpool player until January at least, though he faces an uphill battle to secure regular football.

When your own manager advises it’s best you leave the club, that’s probably as good an indication as any that you’re out-of-favour.

Despite Arsenal boss Emery advising a move away would be beneficial for Mustafi’s career, the German defender remains at the Emirates after the closure of the European transfer window.

The 27-year-old made 31 Premier League starts for Arsenal last season but is no longer in Emery’s plans, with summer signing David Luiz and returning loanee Callum Chambers moving ahead of him in the pecking order.

Much-maligned since his £35m move from Valencia in 2016, Mustafi has struggled to live up to expectation and a January move away seems likely.

Yet to feature this season, the error-prone defender is now effectively fifth-choice centre-back at Arsenal, a squad status he is unlikely to accept for long.

Read: Vidic discusses the best strikers he ever played against in the Premier League

Read Also: From Ronaldinho to Ruben Neves – Five of the best goals in off the woodwork