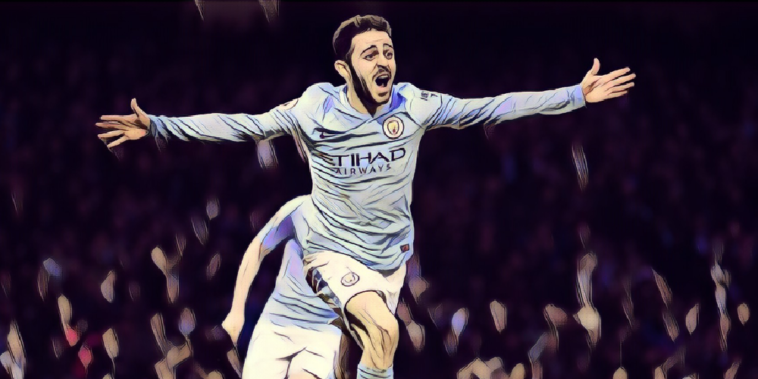 Bernardo Silva has admitted that Manchester City’s players thought that their title dreams were over just a few days ago.

10 days ago, Manchester City were facing up to the prospect of falling seven points behind Liverpool following their shock defeat to Newcastle.

However, the Reds were unable to capitalise on City’s slip up, with Liverpool slipping to successive 1-1 draws against Leicester and West Ham, and subsequently, Pep Guardiola’s men incredibly go into this weekends action on top of the Premier League following their 2-0 win over Everton on Wednesday.

Speaking ahead of this weekend’s clash against Chelsea, Bernardo Silva has admitted that he and his teammates thought their title dreams were over.

“A few days ago, we thought we had lost the Premier League,” the Portuguese told Sky Sports.

“Now we are top of the league, even if it because we have played one game more.

“It is good to be back in the race and we will do our best to win all our games and do our job. That is the most important thing for now.

“After Newcastle, it was very tough on us. We were very disappointed, more than anyone else.

“The players, the staff – we were all very sad because we all thought we had lost the league in that game.

“Fortunately, Liverpool drew against Leicester and that gave us a little bit of hope. Then there was another draw against West Ham and that means the race is on.

“Mentally, it is a big boost for us. We will try to keep doing our job and don’t relax as we did against Newcastle.”