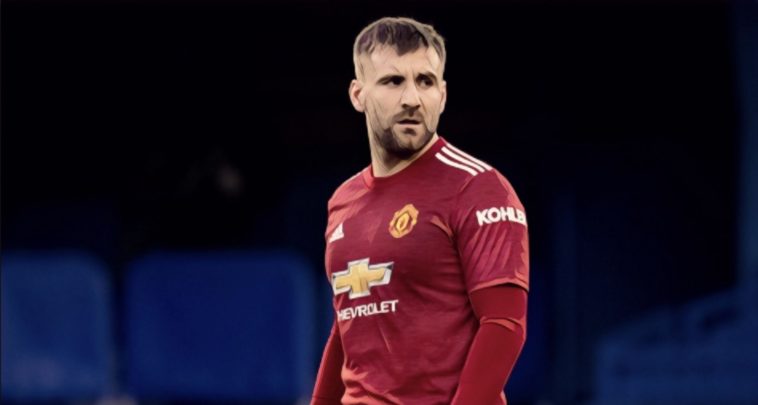 Luke Shaw has opened up on how Ole Gunnar Solskjaer rebuilt his ‘confidence’ following his struggles under former Manchester United manager, Jose Mourinho.

Shaw is currently enjoying the best football of his career with the Red Devils this season to emerge as one of the club’s most influential players, his performances having earned the left-back a recall to the England squad for the forthcoming internationals.

The 25-year-old has created more chances than any other defender in the Premier League this season and will now be hoping to impress Gareth Southgate as he bids to earn a starting place at this summer’s European Championships.

Shaw has credited Solskjaer for his return to form this season and says the Norwegian’s man-management has helped bring the best out of him following an indifferent period at Old Trafford.

“His man-management is second to none,” he told Sky Sports. “The way he conducts himself in terms of how he speaks to the players, it gets the best out of them. You can see that.

“He deals with situations perfectly in terms of what is needed, especially at a big club like Manchester United.

“He takes the pressure off the lads and takes it all himself. Sometimes it is not fair because we are the ones on the pitch and we need to take our fair share too.

“For me, especially, from what I had before Ole came in, it is a total difference. It has pushed me to a new level.”

Shaw featured for England at the 2014 World Cup, before becoming the most expensive teenager in history later that summer when signing for Manchester United from Southampton.

He has won just eight senior caps in the years since that tournament, having endured a mixed time including a difficult spell under Mourinho, a manager whose stinging criticism of a struggling player was made public.

Mourinho singled Shaw out for criticism on multiple occasions during his reign, including one dig in which he suggested the full-back used his manager’s ‘brain’ after being talked through the entirety of a fixture with Everton in 2017.

Shaw has now opened up on that period and admits he had ‘no confidence’ in his ability during that time, admitting that Solskjaer has ‘changed’ his approach and brought the ‘belief’ and ‘enjoyment’ back to his game.

“I don’t want to come across like I was a little kid who could not deal with being put under pressure because at a big club like Manchester United you are always going to be under pressure and under the spotlight. That makes you mentally stronger.

“But I had no confidence at that time. I was losing my belief. I think that is what changed with Ole. He managed me right and I got my confidence back and I am really enjoying it at the moment.

“Enjoyment and confidence. For me, they are the two biggest things you need on the pitch. You need that belief in your ability to perform at the highest level. I feel I have that now.”

Read Also – The Tuchel Effect: Ranking the clubs to have conceded the least since he joined Chelsea