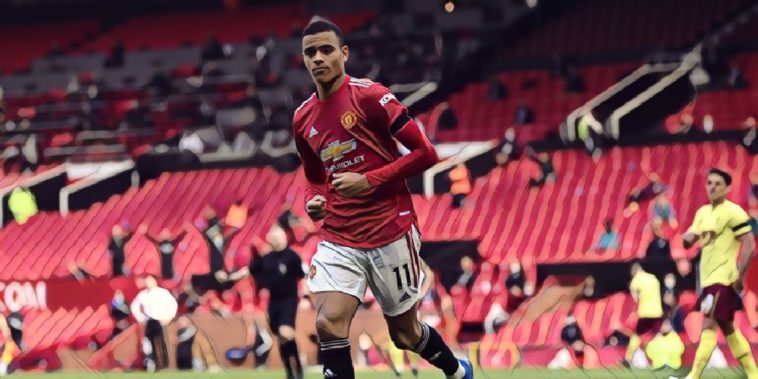 With the doom and gloom currently surrounding the future of English football and impending threat of a European Super League, it’s worth remembering that the current set-up remains pretty good.

Chelsea ended Manchester City’s quest for an unprecedented quadruple following a 1-0 win in the FA Cup semi-finals, where they will be joined by a Leicester side who have progressed to their first final since 1969 after beating Southampton.

We’ve picked out some of the leading names from the weekend’s football, here are seven players that shone in the FA Cup and Premier League this weekend.

In the midst of a high-pressure encounter it certainly helps to have trophy-winning experience and Thiago Silva’s showing this weekend helped Chelsea move a huge step closer towards silverware.

Silva was impregnable at the centre of the Blues’ backline as they held firm to frustrate Manchester City at Wembley, the veteran using all his experience to nullify Pep Guardiola’s quadruple-chasing side.

The Brazil international’s positioning was excellent and he made a vital block to deny Phil Foden, the centre-back leading the Chelsea defence superbly before his late substitution through injury.

Thomas Tuchel will hope the problem is not serious given Silva’s showing at Wembley, the 36-year-old a player who can be depended on as the Blues reach the business end of the season.

Harry Kane continues to be the shining light of a Tottenham team seemingly incapable of fulfilling his ambitions, the forward once again the north London side’s savour as Spurs drew at Everton.

Kane moved clear in the race for the Premier League’s Golden Boot following a double on Merseyside, reaching 20+ league goals for a fifth top-flight season with only Alan Shearer (7) and Sergio Aguero (6) having ever reached the landmark in a greater number of campaigns.

The 27-year-old took his goals in typically ruthless fashion, firstly capitalising on Michael Keane’s misjudgement of an aerial ball before lashing home the game’s opening goal, before rescuing a point for Spurs after Gylfi Sigurdsson’s brace had turned the game for Everton.

It’s now 30 goals in all competitions for the England captain and a staggering 46 goal involvements, Kane two goals clear as the division’s leading scorer and also top of the Premier League for assists.

His performances this season have placed him amongst the favourites for the Player of the Season accolades and have only served to increase speculation surrounding his future, the forward a player capable of starring for any side in world football and more than a cut above his Tottenham teammates at present.

Everton’s record signing has not always convinced since making the move to Merseyside, bright periods mixed with indifferent displays as he’s struggled to find his fit in a blue shirt.

At his best however, Sigurdsson can provide a touch of genuine attacking quality and he enjoyed one of his finer performances to score twice against former side Tottenham on Friday evening.

Sigurdsson has grown in influence as the season has progressed this term and took his tally to six Premier League goals for the campaign against Spurs, his first coming from the penalty spot after calmly sending Hugo Lloris the wrong way.

The Iceland international’s second was an execution of superb technique as he volleyed home Seamus Coleman’s cross on his weaker left side, his performances of late having showing what he can contribute to an improving Everton team.

The 31-year-old has struggled when deployed on the left previously but has shown encouraging signs when operating wide under Ancelotti, provided the freedom to drift inside dangerously and create opportunities for both himself and his teammates.

Ancelotti clearly appears to value the versatility and quality Sigurdsson can bring to the side.

Newcastle with and without Allan Saint Maximin are simply chalk and cheese, the difference the winger makes to the Magpies staggering and never more evident than the past two weeks.

Saint-Maximin has endured a frustrating campaign with injury and illness restricting his impact, but has returned in recent fixtures to spark an upturn in form and drag Newcastle away from the relegation places.

The Frenchman came off the bench to turn the game against Burnley last weekend and was irresistible in the win over West Ham this weekend, the Hammers unable to live with a player who loves nothing more than picking up possession and running at opponents.

In his absence Steve Bruce’s side are often uninspiring and rigid, but Saint-Maximin provides a dynamic outlet further forward, with his ability to beat players and stretch teams offering a new dimension to the Magpies.

Newcastle have won 37% of the fixtures the 24-year-old has featured in this season and just 15% without him, his return from injury having proven timely with the winger providing much-needed inspiration.

Chelsea triumphed in their FA Cup semi-final with Manchester City courtesy of Thomas Tuchel’s tactical plan, winning the midfield battle crucial to ending their opponent’s pursuit of a quadruple.

N’Golo Kante’s endless energy and an improved showing from Hakim Ziyech rightly received plenty of plaudits, but key to the Blues’ success was the deep-lying orchestration of Jorginho.

The Italian international was linked with Manchester City before moving to Stamford Bridge and Pep Guardiola will no doubt have been impressed by his performance at Wembley, always available to receive possession and containing Kevin De Bruyne throughout.

Given an opportunity to dictate there are few players more capable in providing the rhythm for their side, Jorginho continuing his fine recent form and completing a huge 92% of his passes in Chelsea’s 1-0 win.

On days like today, when possession must be clever and the ball must be used correctly, when the margins for error are tiny, safety first ball conductors like Jorginho stand out. pic.twitter.com/hoYMrWBHP4

Whilst it is often in possession that the midfielder thrives, his work off the ball was just as crucial to the Blues this weekend, shutting passing lanes and recovering possession in a complete midfield display alongside Kante.

Kelechi Iheanacho’s red-hot form continued this weekend with a crucial winner for Leicester against Southampton, a goal that will see the Foxes play in the FA Cup final for the first time since 1969.

Iheanacho has now scored a career-best 15 goals across all competitions for Leicester this season, his goal a reward for his perseverance as he reacted first to his own blocked shot to fire home the only goal of the game.

The 24-year-old’s purple patch has been a feel-good story in recent weeks as he has seized his opportunity in the side, showing there can be life post-Vardy for Leicester with a superb audition to be the club’s long-term leader of the line.

It’s now 10 goals in his past seven games for the Nigeria international whose intelligent movement was again evident, dropping deep and creating chances in addition to finding himself in the right place to score the winner.

Leicester remain in the Premier League’s top four and are through to a first cup final in over five decades, Brendan Rodgers’ entertaining side the clearest example of why farcical proposals such as a European Super League should be stopped at all costs.

After a slow start to the season following the brilliance of his breakthrough last term, Mason Greenwood has found his form in front of goal with four goals in his past three league appearances.

Greenwood netted twice as Manchester United secured a 3-1 win over Burnley at Old Trafford, his first a confident finish after coming inside from the right to meet Marcus Rashford’s pass.

The 19-year-old then jinked inside to fire home a deflected second, levelling all-time record scorer Wayne Rooney’s record for most Premier League goals for the Red Devils as a teenager (15).

Greenwood’s second season as a senior player has been a reminder of the demands it takes to succeed at the highest level, but the forward remains amongst English football’s brightest prospects and could star at United for the next decade.

Teammate Scott McTominay described the youngster as a once in a generation talent following his match-winning performance against the Clarets, an indication of the esteem the teenager is held in amongst the Old Trafford dressing room.