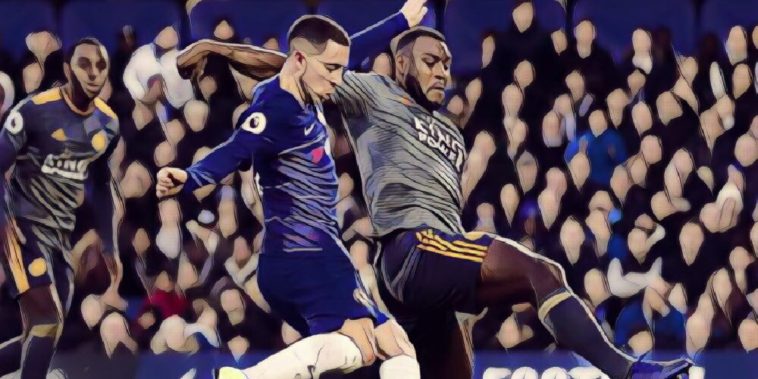 Maurizio Sarri has said that he found Chelsea’s reaction to going a goal behind ‘strange’ in their 1-0 defeat to Leicester on Saturday.

Chelsea came into the game unbeaten at home and had won their last three Premier League games, including the famous victory over Man City to knock Guardiola’s men off the top of the table.

They started the game against Leicester in positive mood, and dominated virtually every statistic under the sun, but couldn’t break down Claude Puel’s resolute defence.

Jamie Vardy – a man who has admitted he is frustrated under the Foxes French manager – opened the scoring with a drilled finish, and even though Chelsea continued to dominate possesion, they still couldn’t find a way through Leicester’s defence, much to the confusion of Maurizio Sarri:

“After the goal the reaction was, for me, a strange reaction, not in the right direction, not as a team but as 11 different players and so it was very strange.

“I think we could have done better in the reaction. We only had to continue to play as in the first part of the match, there was time to score without a reaction as a team shocked, as a team in mental confusion.”

He was asked why he thought that had happened, Sarri replied: “I don’t know. If I knew I would have solved the problem before this match. It’s difficult to understand because we have players with lots of experience.”