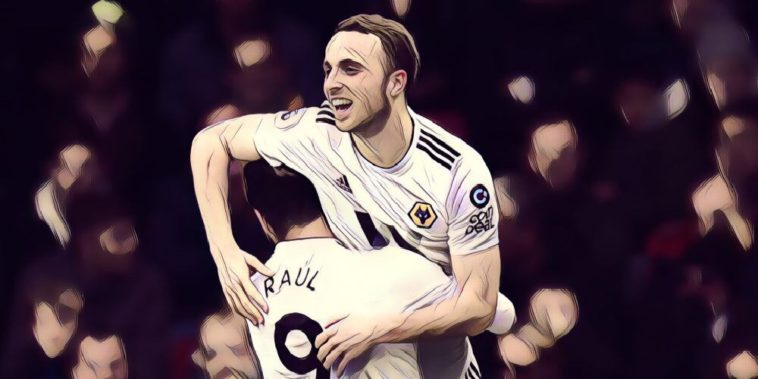 Nuno Espirito Santo thinks that the partnership between Raul Jimenez and Diogo Jota will only get better the longer they work together after today’s win over Watford.

In what was a repeat of this months FA Cup semi-final, Wolves took revenge on Watford with a 2-1 win at Vicarage Road.

Wolves opened the scoring four minutes before the when Mexican striker Jimenez latched onto a superb cross from Jota, although the lead was shortlived with Hornets attacker Andre Gray the beneficiary of an awful mistake at the back just four minutes after the restart.

With 13 minutes to play, Jota went from provider to goalscorer when he capitalised on some poor goalkeeping from Ben Foster to secure all three points, and solidify his side’s grip on seventh place.

The two Wolves forwards were a thorn in the side of the Hornets all afternoon, and Nuno Espirito Santo thinks that ‘more good things will happen,’ the more the pair play together.

“It feels good because the boys worked hard. I think it was a reward for the work of the boys. Against very tough and difficult opponent,” the Portuguese told the BBC.

“Jota and Jimenez have been working really hard. I truly believe the more time they spend together the more good things will happen.

Jimenez is currently on loan at Molineux, but will see his move become permanent in July after the Black Country club recently confirmed that they will conclude a £30m move from Benfica on July 1st.