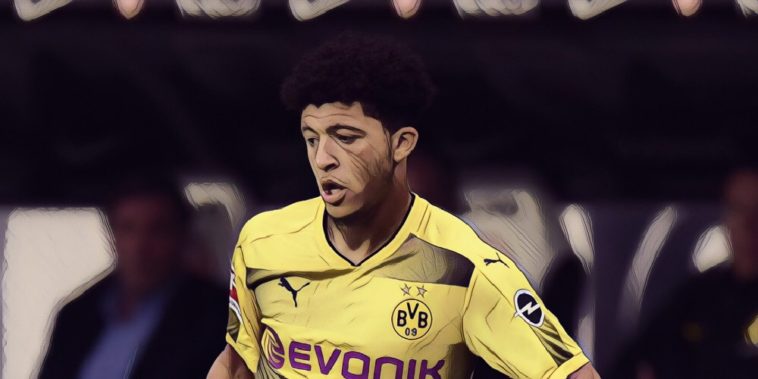 18-year-old Sancho has been a revelation in the Bundesliga since joining Dortmund from Manchester City in the summer, after becoming concerned with his chances of breaking into Pep Guardiola’s first-team.

Fellow teenage winger Hudson-Odoi has been the subject of several bids from German giants Bayern Munich during the transfer window, with the player reportedly keen to try and emulate Sancho’s achievements on the continent.

However, when asked about Hudson-Odoi’s potential move Sancho was quick to point out that it takes a strong mentality for a young player to thrive abroad.

“I could try speak to him!” Sancho told reporters at Dortmund’s winter training camp in Marbella.

“Everyone has different pathways… coming to Germany is not easy. People might think it’s easy because I’m doing so well, but it’s not easy at all.

“You have to have a strong mentality. Focus, sacrifice a lot of things like family – that’s a very hard thing to do.”

“I’m not sure what happened!”

“The World Cup showed that young players are coming through and working hard and trying to get a chance. My chance was to come out to Germany and play football.”