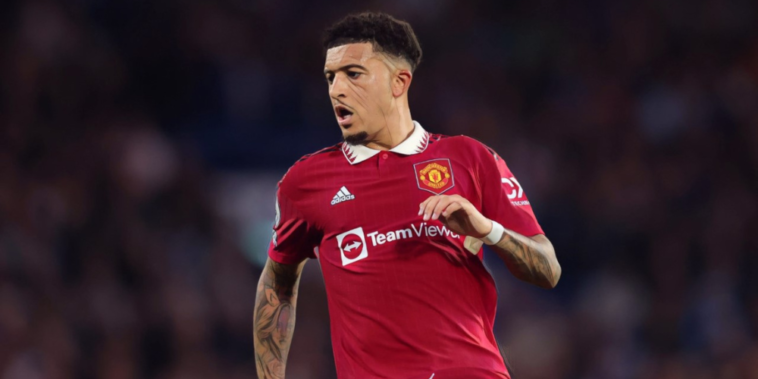 Jadon Sancho has returned to first-team training with Manchester United as the winger looks to regain his place in the side.

Sancho has not featured for Manchester United since the 1-1 draw at Chelsea in October and has been working on an individual training programme since November.

The 22-year-old has struggled to make an impact since his £72.9m move from Borussia Dortmund and was sent to the Netherlands during the World Cup break to work on his personal plan, as Erik ten Hag enlisted the help of Dutch coaches he has worked with before.

Sancho was not included during United’s training camp in Spain in December, with Ten Hag having revealed that the England winger was ‘not fit enough’ to feature. Sancho began the season brightly and scored in wins over Liverpool and Leicester, but Ten Hag took action after a decline in performances.

Speaking on Sancho earlier this month, Ten Hag said: “I would like to have Jadon back as soon as possible, but I can’t force this process. I will do everything that’s in my power but some processes you can’t force and this is one of them.

“I also have to show patience although I don’t have patience because we have a lack of opportunities in the front line, players who are available and capable to contribute not only in the Premier League but on the highest standard in football.

“Jadon is one who, when he is fit, he will contribute and we will have an extra option and so we have more chance to win a lot of games.”

The Athletic are reporting that Sancho has now rejoined the main group at the club’s training ground and United will be keen to integrate the winger back into the squad.

United travel to face Crystal Palace on Wednesday evening as the Red Devils look to extend their winning run in all competitions to ten games.