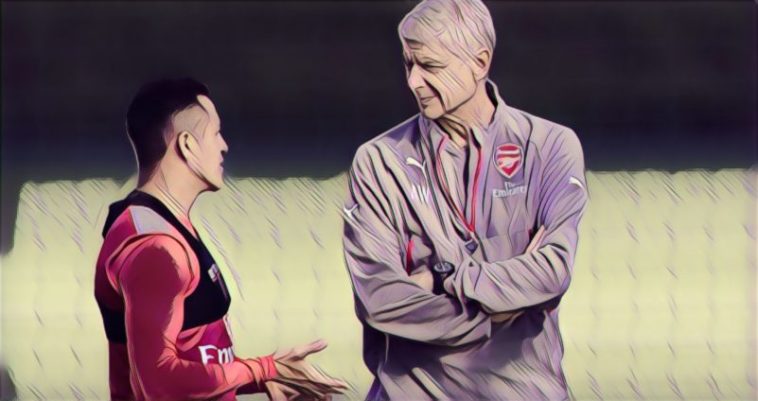 Alexis Sanchez’s decision to move to Manchester United from Arsenal in January was without a doubt the biggest story of the transfer window.

The Chile international has now revealed that he left the Emirates on good terms with Arsenal manager Arsene Wenger, and exactly what the French coach told him in order to to try and convince him to extend his stay with the Gunners.

“He was very fond of me and he didn’t want to let me go,”

“He told me, ‘I want you to sign here because you are the best player in the team.’

“I wanted to continue growing as a player, more so as a Chilean, because it’s difficult to get to Manchester United .

“No Chilean had played here. Arsene understood it at last, we ended up on good terms, he congratulated me and there was no problem.” Sanchez told a Chilean TV Station.

Things have not exactly gone to plan on the pitch for Sanchez since moving to Old Trafford, he has scored just once in ten appearances, and seems to be struggling to find his role in Jose Mourinho’s team.

However, the 29-year-old also revealed that he is still getting over the heartbreak of Chile’s failure to reach this year’s World Cup in Russia.

“I still haven’t got over it.

“When this World Cup finishes, I think I’ll be a bit calmer.

“After the match against Brazil I went to London. I wanted to be alone with my dogs, no-one else.”