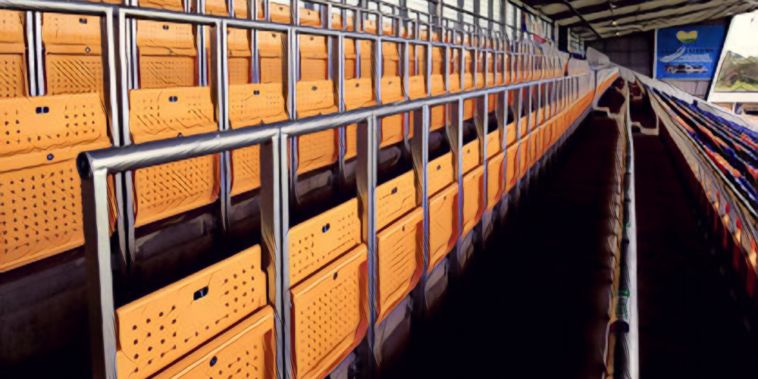 Safe standing is set to be trialled at Premier League grounds next year with pilot schemes potentially being introduced from as early as January.

Several top-flight clubs have expressed an interest in introducing safe standing sections, amongst those including Manchester United, Manchester City, Chelsea, Tottenham, and Wolves.

Those clubs have been advised to prepare for safe standing trials in the new year, with The Athletic reporting that there is an increasing confidence that The Sports Ground Safety Authority (SGSA) will receive the ‘green light’ from the Department for Culture, Media and Sport (DCMS) to trial safe standing at Premier League grounds.

The trials would represent a huge change in modern football with clubs within England’s top two divisions have played in front of all-seater stadiums since 1994, following advice published in the wake of the 1989 Hillsborough disaster, in which 97 Liverpool fans lost their lives.

Rail seating has already been installed at several Premier League venues – including Old Trafford, Anfield, The Etihad and Stamford Bridge – during the summer, to improve safety in areas of the grounds known for persistent standing.

The railing will also help facilitate trials for safe standing at Premier League grounds, should the division be granted the go-ahead for pilot schemes.

Celtic became the first British club to introduce a rail seating area in July 2016, unveiling the 2,600 capacity area within Celtic Park, with fan groups of Premier League sides having since visited the Scottish club to view the changes.