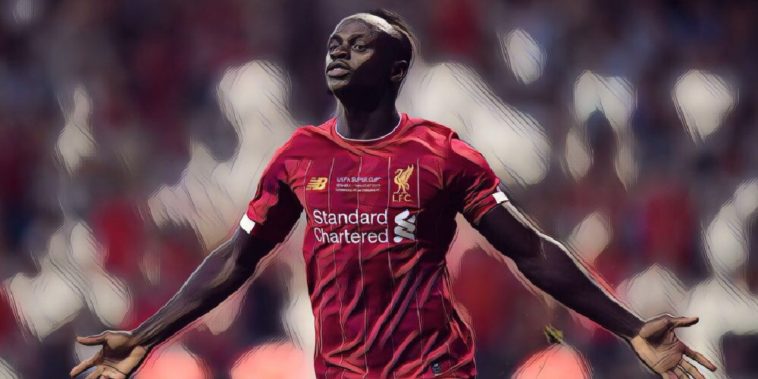 Sadio Mane has joked he will ‘dive’ again with the Liverpool forward saying he will not change his game amid criticism from Manchester City manager Pep Guardiola.

Guardiola has stoked the fire ahead of this weekend’s huge clash between the two title rivals at Anfield, the Man City boss suggesting Liverpool and Mane have dived to win late penalties in recent wins over Leicester and Tottenham.

Mane was also booked for simulation after going down in the box during the Reds win at Aston Villa last weekend, with Liverpool manager Jurgen Klopp defending the Senegalese star following Guardiola’s comments.

Mane insists he is not a diver, and issued a sarcastic response to what he believes to be mind games from the Manchester City manager.

“If it could be a penalty for sure I will ‘dive’ again,” Mane said, as per Sky Sports.

“If the ‘dive’ will give me a penalty then I will do it! Why not? But what Jurgen said is correct. I do not dive.

“There was contact [at Villa] for sure. Maybe it was not a penalty and he didn’t give it, and he gave me a yellow card. To be honest I don’t have any problem about it.

“The only thing I can say I will be for sure ready for the team, to give everything possible, and to help my team.

“I think it’s a bit clever from him to get the attention of the referee but I will just play my football like I’m always doing. I don’t pay attention to what he’s saying because it’s part of football.

“No it doesn’t make anything [motivation-wise] for me. Even though I saw him commenting about it, what he said, for me, I think it’s positive.”

Liverpool host the reigning Champions this weekend in a fixture which could have huge implications on the Premier League title race.

Klopp’s side currently hold a six-point advantage over the Citizens ahead of their meeting on Merseyside, and know a win would give them a significant lead as they bid to end their long wait for a league title.

Joel Matip remains unlikely to return for Liverpool as he continues his recovery from a knee injury, whilst City have concerns over as many as six first-team players, with goalkeeper Ederson the latest doubt having been substituted in the club’s Champions League draw at Atlanta on Wednesday night.