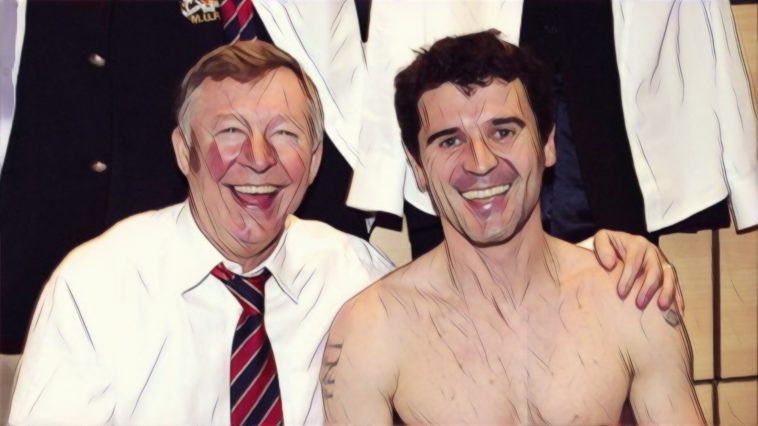 Roy Keane has discussed his time playing for Sir Alex Ferguson and Brian Clough, revealing just why the iconic managers were brilliant.

The former Ireland midfielder began his career in English football under the legendary Clough at Nottingham Forest, before moving to Ferguson’s Manchester United in a British-record deal and winning 17 major honours under the Scot’s stewardship at Old Trafford.

Having played under two of the greatest manager’s in the history of British football, Keane hailed the duo and says the pair’s man-management ability in always saying ‘the right thing at the right time’ set them apart as the very best.

“I always felt they said the right thing at the right time,” Keane said during his appearance on Sky Sports Monday Night Football.

“We were playing one game and I was poor. At half-time the disappointment in his face was like a dagger in your heart. I’m letting this man down, I’m letting my club down so it wasn’t always about the hairdryer.

“Again, these stories can grow legs but sometimes a look was enough. That’s why I thought Clough and Ferguson in particular, were brilliant.”

Read: Roy Keane tears into Ferguson for not doing “what was best by Manchester United”