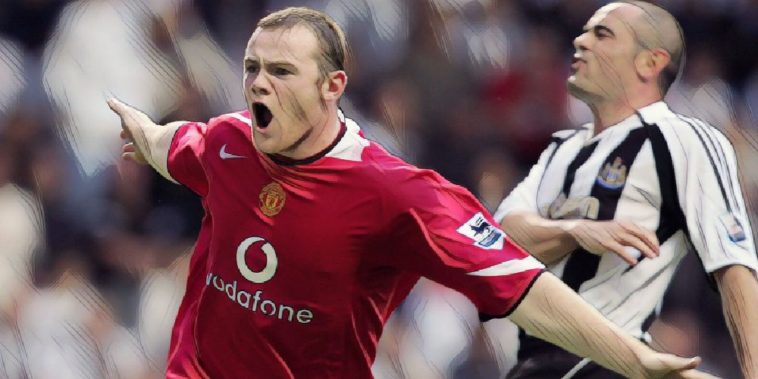 Manchester United and England legend Wayne Rooney has given a revealing insight into how he almost ended up signing for Newcastle United early on in his career, before he eventually signed on the dotted line at Old Trafford.

The current Derby player-coach was hot property back in 2004 after bursting onto the scene two years previous at boyhood club Everton.

The teenager was an integral part of the Three Lions side in the European Championships that summer, in which he netted four goals in a blistering start to the tournament, before unfortunately suffering a foot injury that derailed England’s bid for honours.

With the tournament over Rooney’s club future was resolved, the then 18-year-old signing for Manchester United in a £25m deal and going on to become the club’s record goalscorer after 13 hugely successful years at the club.

The forward has revealed, however, that United were not the only club he could have ended up at, with cash-strapped Everton pushing for him to make Chelsea, while he also revealed how he was prepared to join Newcastle.

“I knew it [joining United] was an option before Euro 2004,” Rooney said on the UTD Podcast. “I knew Manchester United wanted to sign me. I think going to the Euros, and doing well there, probably added a bit more money onto the transfer fee but I broke my foot and found out a few things.

“Everton were really struggling for money at the time and I found out they were listening to offers from people as well. They were trying to push me to sign for Chelsea because they were going to pay the most money. But, once I knew United were interested, I wanted some confirmation that they did want to sign me.

“Once I knew they did want to sign me, it was the only club [for me].

“It was a perfect fit for me. United actually wanted to wait a year, until the following year, but then Newcastle came into talks with Everton and with myself. I’d gone too far then. I couldn’t wait another year, I couldn’t stay another year at Everton, so I was prepared to go to Newcastle for that year.

“I spoke to them, we spoke about the salary and what I wanted. [I told them if] I went there and Manchester United came in, they’d have to let me go. Newcastle were agreeing to that but obviously, with United, I went back to them and said, if you don’t do it now, I’ll go to Newcastle with a clause in place. United obviously didn’t want me to go there so I came here.

“It was basically whatever Newcastle paid for me, United would have paid a year later.”

Tweets of the Week: Rashford’s gafs, official sources, and the most Jose vs Pep match of all-time