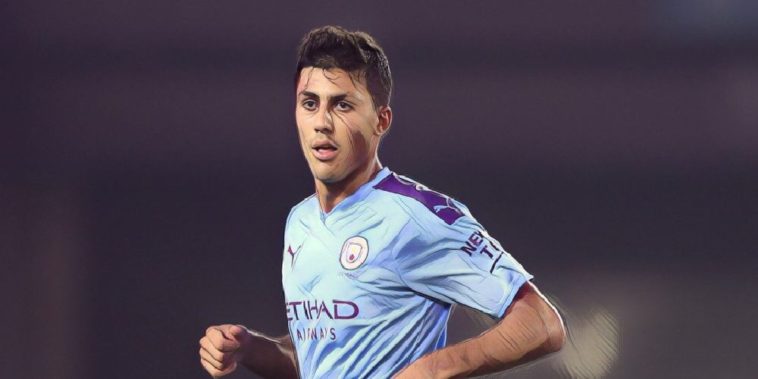 Rodri insists that Manchester City are ‘absolutely not’ out of the Premier League title race, despite their defeat at league leaders Liverpool this weekend.

The Premier League champions were beaten 3-1 at Anfield on Sunday to slip to fourth in the division, nine points behind their Merseyside rivals who extended their lead at the top courtesy of goals from Fabinho, Mohamed Salah and Sadio Mane.

The defeat was the club’s third in the league this season and has opened up a significant gap to the top, though Rodri insists his side are still capable of recovering the deficit.

“We are far from them now, but there is still a big part of the season left. We are not going to give up,” said the Spain international.

“We are the current champions and we are not going to make it easy for anyone. Absolutely not (over yet).

“This team has shown it many times before. This team has won the Premier League two seasons in a row and that isn’t a coincidence.

“This team has earned the respect in being considered for the title race.

“Last season, the team was seven points behind and it could have been 10 in case of losing (their match in hand), and they managed to win the league in the end.

“We are in November. There is still a lot left. They (Liverpool) are very strong at the moment and they are having everything (go) right. Let’s see what happens in the future.”