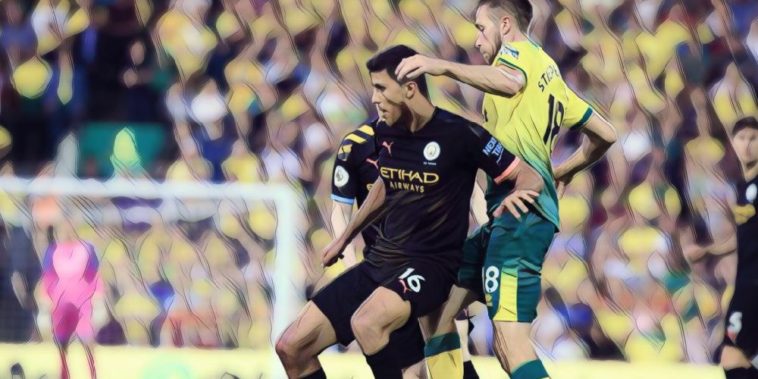 Manchester City has insisted that his side ‘kill’ their next opponents in response to yesterday’s shock 3-2 defeat away to newly-promoted Norwich City.

Norwich had only collected three points from their opening four Premier League fixtures, but Daniel Farke’s side would put in a superb performance to beat the reigning champions, in what was the biggest upset of the season so far.

The performance of Pep Guardiola’s City side was nowhere near the level we have come to expect at Carrow Road, although Rodri insists him and his teammates will learn from yesterday’s defeat and make amends in their next fixture.

“But we lost because of our mistakes, and we can learn from that and not repeat it again in the next matches.

“I don’t know if people trust us or not, but we are a team. We are always a team, when we win and when we lose. You’re going to see the best version of Manchester City.

City’s loss sees Liverpool move into a five point lead at the top of the table, with Guardiola’s side set to face Shakhtar Donetsk in the Champions League and Watford in the Premier League in their next two fixtures.