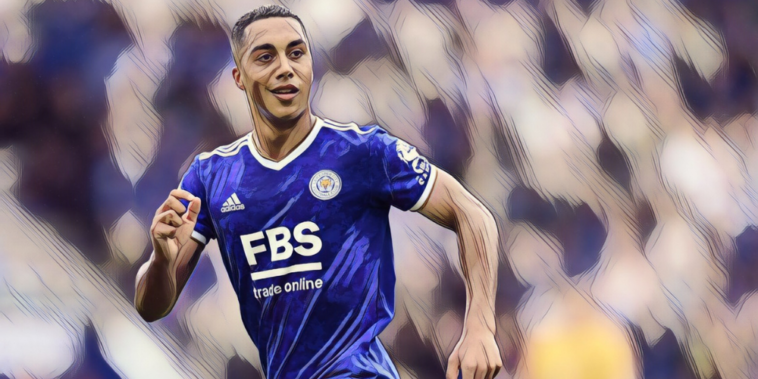 Brendan Rodgers says Youri Tielemans is ‘happy’ at Leicester despite the midfielder’s ‘honest’ comments about his future.

Tielemans has been linked with a move away from the King Power Stadium in recent months, with some of the Premier League’s biggest clubs understood to hold an interest in the 24-year-old.

The Belgium international discussed his future earlier this week and says he is keeping his options open as he negotiates a potential new contract with Leicester, amid reported interest from the likes of Manchester United and Liverpool.

“There’s no update really. I’m open to everything. The transfer market has just closed, but I want to keep as many options as I can open,” he told Sky Sports on Tuesday.

“As long as I’m here I will give everything for the club. I’ve already done so, but I will do so even more. The contract situation is just something that is going on in football, it’s a normal situation.

Speaking ahead of Leicester’s clash with Napoli in the Europa League, Rodgers was questioned on Tielemans’ comments and says the Belgian provided ‘honest’ answers to the questions asked.

Rodgers described Tielemans as one of the ‘best professionals’ he has ever worked with and insists the midfielder remains happy at the club despite the lack of progress on contract talks.

“I saw what Youri has said and like I always get from Youri, he gave an honest answer,” Rodgers told his pre-match press conference.

“I have a player who is so committed, one of the best professionals I’ve ever worked with. Talks have been ongoing.

“Every day he comes in, he’s a top-class professional. He’s shown his importance to me. That won’t change, whether he has four years or six months on a contract. It’s between his representatives and the club how long he stays.

Rodgers has praised the commitment of Tielemans despite the uncertainty surrounding his future, revealing the midfielder is focused on football despite the drawn-out talks over a new deal.

“I have no idea [why the contract talks are taking so long],” he said. “I concentrate on the football and making sure he’s the best player he can be. It’s natural, he’s a talented player who is in discussions with the club. There’s no drama with it.

“It only becomes a problem if there is a lack of commitment or intensity, but that’s never been the case with Youri. I will always give the best to his development.”