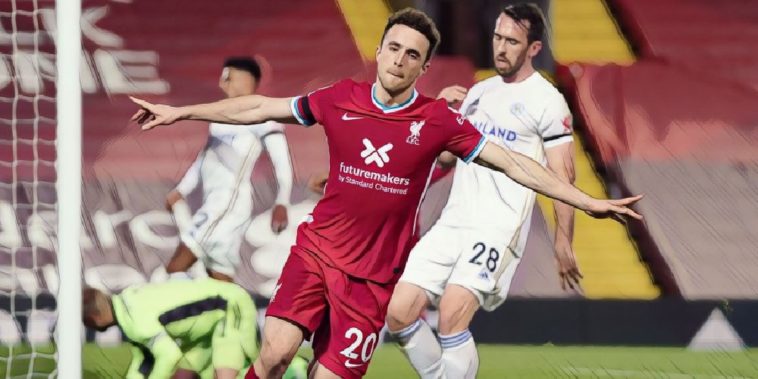 High flying Leicester City were brought back down to Earth with a bang as Liverpool comfortably despatched of Brendan Rodgers side on his latest Anfield return.

Much had been made of Liverpool’s extensive injury list coming into this game, though their patched-up side still managed to produce an impressive performance despite the absence of several key players.

Liverpool quickly established their dominance in the game and took the lead on 21 minutes, though in perhaps somewhat fortuitous circumstances. Former Man Utd defender Jonny Evans was far too preoccupied with grappling with Sadio Mane rather than actually defending the ball, with James Milner’s corner from the right hitting the Northern Irishman on the back of the head and flying past a helpless Kasper Schmeichel for 1-0.

Liverpool continued to dominate, though Leicester still posed a threat, with Harvey Barnes squandering the best chance for Brendan Rodgers’ side.

In the 40th minute though, the hosts doubled their advantage, Andy Robertson skipping past Marc Albrighton before delivering a delicious ball from the left, with red hot summer signing Diogo Jota timing his run to perfection to arrive in the box and head home past the Danish keeper.

Leicester’s goal led a charmed life in the early stages of the second half, with Schmeichel making a number of saves, while Evans almost netted a second own goal of the game and will have been relieved to see his header hit the post.

Liverpool continued to push for a third, hitting the post twice and seeing the ball agonisingly cleared off the line as the champions absolutely battered a side that had come into the weekend at the top of the table.

3 – Since Brendan Rodgers took charge of Leicester, the Foxes have lost all three of their Premier League meetings with Liverpool; conceding nine goals in the process – their most against any opponent in the competition under Rodgers. Reality. pic.twitter.com/92HM3yA4hm

However, the Reds finally made it three with Firmino powering home an excellent header from another Milner corner with four minutes to play.

Speaking afterwards, Foxes boss Brendan Rodgers admitted his side simply ‘weren’t aggressive enough’ in the first half, saying the performance will leave him with plenty to ‘analyse’.

“We, first half in particular, were too passive and defending the space, but didn’t have enough contact, gave away poor goals,” he told BBC’s Match of the Day. “We had a good opportunity on the counter with Harvey Barnes, but overall when you are passive like that your football is not quite the same, we weren’t aggressive enough.

“Second half was a little bit better, more aggressive in our press, that allows us to play better football. Liverpool deserved to win. The guys coming back from the international break, not as cohesive as what we have been.

“It’s mentality, you have to get up to the ball, we were happy for them to have it in their own half, but as soon as it comes into your organisation we were not as aggressive as I would like.

“Much better second half. Unlike the game last year, when we lost at home, this is a game we can reflect on easily and analyse and move on.”

The result leaves Leicester fourth in the Premier League ahead of Thursday night’s Europa League game against Braga, before they will look to get back to winning ways in the league next weekend against a struggling Fulham side.