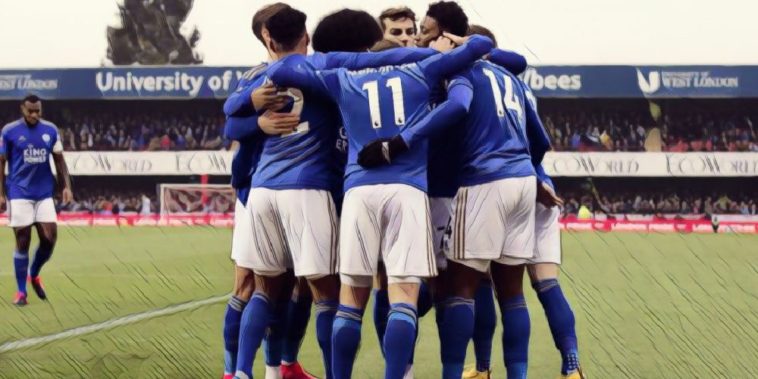 Brendan Rodgers praised Leicester’s ‘concentration’ as the Premier League high-flyers sealed their place in the fifth round of the FA Cup with a 1-0 win over Brentford.

Starting in place of the injured Jamie Vardy, Kelechi Iheanacho opened the scoring in just the fourth minute following an inch-perfect cross from James Justin, the Nigeria international netting his seventh goal of the season in what was just his 12th appearance.

However, Leicester were unable to add to their tally against the high-flying Championship outfit, with only three of their 13 shots being on target, leaving Brendan Rodgers to praise his rotated side’s ‘first-class’ concentration.

“I thought the first 25 minutes we were very good, but we were then loose in our passing,” Rodgers told Match of the Day.

“We didn’t have enough precision, with which we could have scored more goals, and then obviously we let Brentford back into the game a little bit more.

“They are a good side, they play well so you know you are always going to have to defend well away from home. But the concentration of the players was first class.

“The attitude in the game was brilliant and we finished with off with good save in the end by Danny Ward. So it was a good win for us and gets us into the next round.”

With their place in the last 16 secure, Leicester’s attentions now turn to securing a place in the Carabao Cup final, the Foxes playing the second leg of their semi-final with Aston Villa on Tuesday night with the scores poised at 1-1.