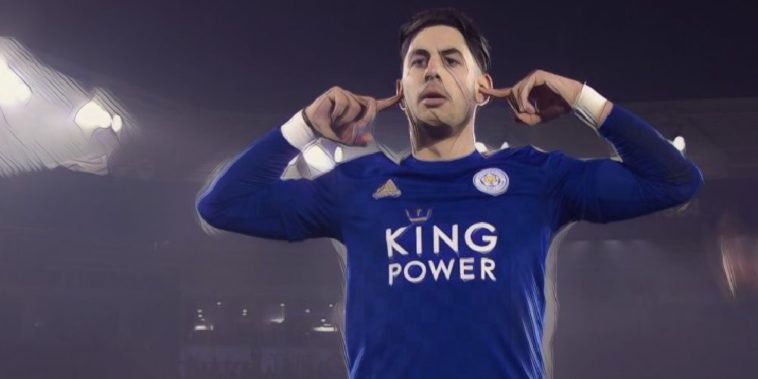 We’ve been treated to a fantastic few days of Premier League football, and as always, the action has seen some big movers on the football stock exchange, Football Index.

Liverpool continued their unbeaten start with victory over Manchester United at the weekend, the Red Devils following up their Anfield defeat with a 2-0 loss to Burnley on Wednesday night. Chelsea and Arsenal played out an intriguing 2-2 draw on Tuesday, while Man City and Leicester consolidated their places in the top four with their midweek victories.

We’ve taken a look at how this weeks action has affected the Football Index share price of the Premier League’s talent, and as a special offer for The Football Faithful readers, you can now get a £20 free bonus when you sign up, just use the code FF20.

The Burnley goalkeeper has helped the Lancashire club to impressive back-to-back victories, the Clarets following up their surprise 2-1 win over Leicester at the weekend, with a probably less surprising 2-0 win over Manchester United.

Goals from Chris Wood and Jay Rodriguez saw Burnley claim their first ever Premier League victory at Old Trafford, their last league victory at the famous old stadium coming way back in 1962.

Pope was hardly tested by a limp United attack, but on the back of his impressive display against Leicester at the King Power, Football Index punters have invested some of their hard-earned cash into the 27-year-old, who has seen his share price rise by £0.07p in the last 24 hours.

The England international, who has tentatively been linked with a possible move to Chelsea, is now trading at £0.39, beating the 12 month high of £0.38p achieved back in August, and if Burnley continue their recent upturn, there could be more gains on the way for the Clarets Number One.

Having hit highs of £1.34 following his summer move from Newcastle, Ayoze Perez has seen a slow recession in his value, the Tenerife born forward having slipped to £0.96 at the end of 2019 after a disappointing run of form.

However, his two goals against West Ham on Wednesday night reminded investors of his talent, the Spaniard being named the top forward with 209 points, seeing his shares up 7% overnight.

Whether the 26-year-old will maintain such gains is yet to be seen.

One of a number of Leicester players to have suffered price drops in recent weeks following the clubs mini-slump, though the Foxes 4-1 win over West Ham saw Ricardo Pereira’s stock go flying back up.

Trading at £1.77 on January 11th, the Portuguese’s stock dropped by 10p following their 2-1 loss to Southampton, his price remaining unchanged following the follow-up loss to Burnley.

However, their resounding return to form saw Pereira’s stock’s recover their losses, with shareholders set to receive a dividend after the full-back was named the star player with 259 points after he created Leicester’s first and netted their second with a fine, first-time strike.

Not sure this one needs much of an explanation, but Ricardo Pereira coasts to Star Man tonight!

A game winning goal and an assist top a very strong performance!#footballindex pic.twitter.com/kwSiFkCS1t

Having opened the scoring with a lovely solo goal in the 2-1 loss to Burnley, Harvey Barnes was at it again against West Ham, the youngster stabbing home from close range to put Leicester on track to gain another three points. He then bagged himself an assist for Ricardo Pereira’s aforementioned strike on the stroke of half-time.

Barnes’ shares had dropped from highs of £1.98 in November down to £1.66 in mid-January after the Englishman had just one goal involvement since the Foxes 9-0 win over Southampton in late October. However, signs of a return to form – as well as being named the top midfielder with 169 points – has seen his stock rise by an impressive 12.9% (22p) in a week, up 14p overnight.

Harvey Barnes in the Premier League in 2019:

Harvey Barnes in the Premier League in 2020:

Yep, Football Indexers really were impressed with Leicester’s win over West Ham, Iheanacho being the fourth (and final) Foxes player to feature among the biggest risers.

The former Man City forward has had an underwhelming spell since swapping the Etihad for the King Power stadium in 2017, the Nigerian featuring in just eight Premier League games so far this season.

While he didn’t get on the scoresheet, he did provide an assist for Perez’s second of the game after coming on as a first-half substitute for Jamie Vardy who picked up and injury.

While Brendan Rodgers allayed fears of a hamstring injury, the former England international could be set for a spell on the sidelines which could offer the Nigeria international some extra game time, something which saw his share price shoot up by 15% in the last 24 hours, equalling his previous 12 month high of £1.17 that was achieved on December 10th.

Only came on the market on Wednesday following his recent outings in Frank Lampard’s side, investors snapping up his shares in the hopes of making big profits.

Those who were early to Wednesday’s IPO could have picked shares up in the teenager for just £1.55, and those that did will have already enjoyed significant returns, the youngster being the highest rising player on the entire stock market, registering a 16.5% increase within the first 24 hours.

It’s hard to predict where the rises will stop for the youngster, but with hopes high at Stamford Bridge, he could be one worthy of a long-term investment.

Read – Five favourites to be Mauricio Pochettino’s next club