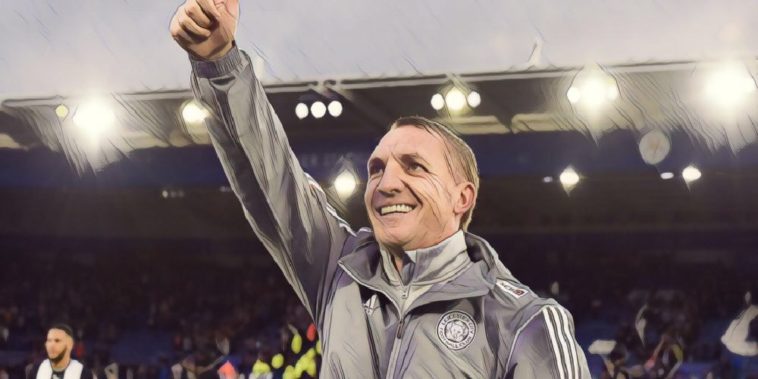 Leicester manager Brendan Rodgers has admitted he is looking forward to facing his former side as he prepares to return to Liverpool for the first time since leaving the club in 2015.

Rodgers spent just over three years in charge at Anfield, famously coming close to winning the Premier League title in 2014, but has not been back to his former club since his exit four years ago.

Having enjoyed a hugely successful spell in Scotland with Celtic following his departure from Merseyside, the Northern Irishman is now back in the Premier League at Leicester and will make a long-awaited return to Liverpool when he takes his in-form Foxes side to face the European champions this weekend.

“I’m really looking forward to it because I haven’t been back since I left,” Rodgers said according to the Liverpool Echo.

“It’s an incredible club which was great for me in my time there. I learned so much and was given great experiences.

Most #PL points since Brendan Rodgers took over at Leicester:

“Of course they’ve been amazing these last couple of years – Champions’ League winners so I’m looking forward to going back.

“The Premier League is a tough arena but the focus and the hunger of the players week-in and week-out has shown they can play at a really good level.

“The process is working really well, the players are happy in the way they are playing and it’s always nice when you have those sort of numbers to back it up.

“It’s still very early, we’re not getting carried away, the top six have been there for a number of years and the numbers have shown they have pulled away from the teams below.

“When I came here, the idea was having the chance to compete. The top six are there, it’s going to be tough but could we fight to challenge that superiority so that’s the aim.

“To come here, could I bring European football, that’s the big challenge and that’s the challenge that I wanted.”

READ: Rodgers not getting carried away with talk of Leicester’s top four chances