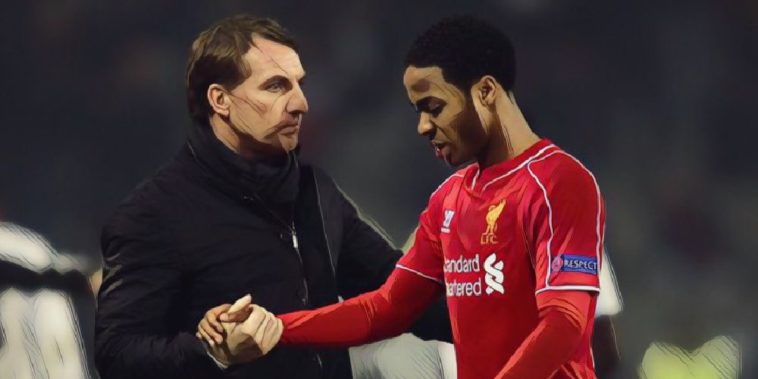 Brendan Rodgers says Raheem Sterling decided to leave Liverpool to become the best player he could be, insisting the winger’s move to Manchester City ‘was never about money.’

The England international burst onto the scene as a teenager at Liverpool before leaving the club in acrimonious circumstances five years ago, joining Man City in a £49 million deal.

Sterling has since flourished into one of the Premier League‘s finest players, winning two league titles, three league cups and an FA Cup since making the move to the Etihad, establishing himself as a star for both club and country

However, former Reds’ boss Rodgers insists progression – and not finances – was the winger’s motivation for leaving Merseyside.

“For Raheem, it was never about money,” Rodgers told the Liverpool Echo.

“If it was about money, he could have stayed at Liverpool. It was about being the best he can be.

“In that moment in time, there was an opportunity to go to where they had top-class players. He’s gone in there and developed and become a winner, which is clear to see now in his game.

“I look at Pep’s team and it’s not the same if he’s not in it. What a testament that is to a young English player. What I loved about Raheem was that, for a young boy, he knew what he wanted to be.

“When I ask young players what is it that they want to achieve, he wanted to be one of the best players in the world, at that age. That was where he was unique, because sometimes the British players may not have that ambition. But that was all he wanted to be.”