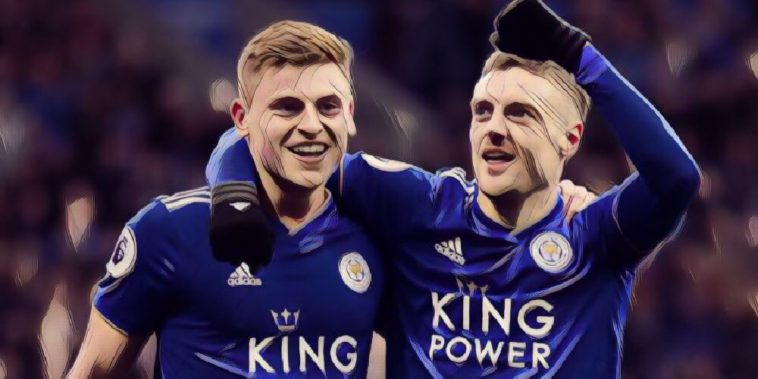 Brendan Rodgers has described Jamie Vardy as ‘world-class’ after the forward’s double helped Leicester to a 3-1 win over Fulham.

January signing Youri Tieleman’s opened the scoring for Leicester before Fulham hit back through Floyd Ayite.

Leicester took the lead for a second time through Vardy after 78 minutes, before the former England international hit his second eight minutes later to seal the win.

“I thought we were good in the first half. The intensity in our play was good and it lead to our first goal,” Rodgers told the BBC.

“The first goal typifies the unselfishness of Jamie Vardy. He squared the ball to Tielemans when he was on the brink of 100 goals for the club – that tells you everything about the player he is.

“All of a sudden they got to 1-1 and it gives them a little bit of momentum, but huge credit to the boys [for their reaction].

“We asked them to play an intense game. There’s lots of improvements we can make with and without the ball, but it’s a good start.”

Rodgers, who took over at Leicester last month after leaving Celtic, was full of praise for the contribution of the 32-year-old Vardy.

“He’s showed over the last couple of years that he’s a world-class striker. I’m just really glad that he’s here. He’s a brilliant focal point for the team.”